Spacing Out and Slipping Up 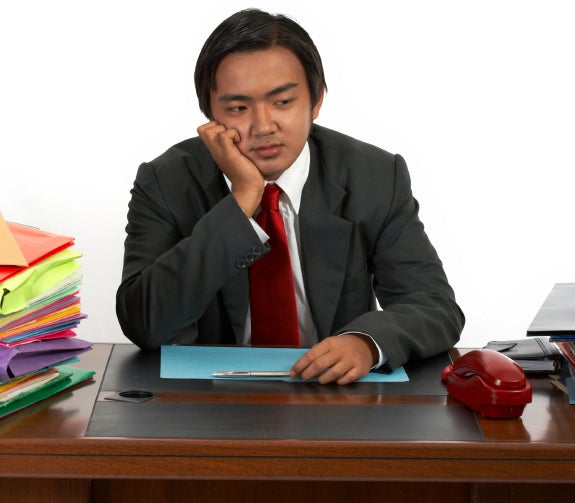 We probably didn’t need a formalized brain study to tell us that we zone out during repetitive and/or monotonous tasks and that mistakes are more commonly made when we do. That much we’ve figured out for ourselves. Fortunately, though, the study by scientists at the University of Bergen in Norway and Southampton University in the UK discovered something else about those times when we space. By scanning subjects with fMRI while having them participate in a series of tasks in which they were asked to respond to visual cues, the researchers found that they could anticipate when the subjects would make mistakes based on their changing brain activity.

About thirty seconds before mistakes were made, subjects’ brains would start a process of scaling back, using less power to make the same response, like a cruise control. The scientists saw activity in the prefrontal cortex decrease, while centers of rest showed an up tick.

While they cannot say for certain whether the brain’s downshifting is a direct cause of the resulting mistakes, the assumption is that it may very well be. If it does prove to be the case, the next step would be to create a kind of mobile EEG device that could alert people to the change. The aim is obviously not intended for you or me for when we drift off in a boring meeting, but rather for people in critical but sometimes monotonous jobs, like passport control or pilots.