The Roots of Upright Walking 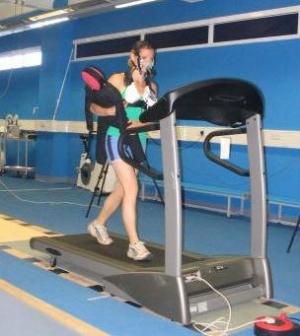 Scientists have long been trying to figure out why early humans became bipedal, and one popular explanation has now been crossed off the list of possibilities. There was a popular notion that we started walking upright to free up our arms so we could carry objects, and babies–apes don’t need to worry about this because their offspring can cling to them using their hands and feet. It’s like a built-in Baby Bjorn.

But now University of Manchester researchers say the baby-carrying theory doesn’t hold, mainly because supporting an infant on your hip or in your arms is too tiring to have been a legitimate factor in the transition to bipedalism.

There is evidence that the move was generally motivated by energy efficiency–walking on two legs burns fewer calories than trudging along on your knuckles and feet–but the exact causes are still up for debate. “Scientists have long hypothesized as to the reasons why hominins became bipedal in a relatively short space of time but the truth is we still don’t know for sure,” says the University of Manchester’s Jo Watson.