A new drop washes away cataracts in aging eyes 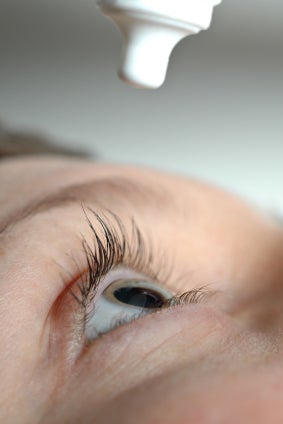 When Rajiv Bhushan’s father complained of blurry, browned vision and pain from bright lights, doctors told him that surgically replacing his eyes’ lenses was the only way to correct the cataracts that had left him legally blind. Instead, after learning that cataracts result from an age-related accumulation of proteins and lipids in a person’s lens, Bhushan, an electrical engineer, set to work concocting a chemical solution to break up the molecules clouding his father’s eyes.

Six years later, the eyedrops, called C-KAD, are entering the final stages of clinical testing. If all goes well, they will hit pharmacy shelves in two years, becoming the first non-surgical treatment.

“Nobody, including myself, would have looked at this and thought it would work,” says Randall Olson, chairman of the department of ophthalmology at the University of Utah School of Medicine and scientific adviser for Bhushan’s company, Chakshu Research. “But during trials, I’ve seen cataracts disappear.” Even better, the drops might also relieve the blinding symptoms of glaucoma and macular degeneration.

If Bhushan’s guinea-pig dad is any indication, the drops could slash the three million cataract surgeries performed every year in the U.S. After three months of daily drops, his vision had improved to 20/80—good enough to read his e-mail for the first time in a year.