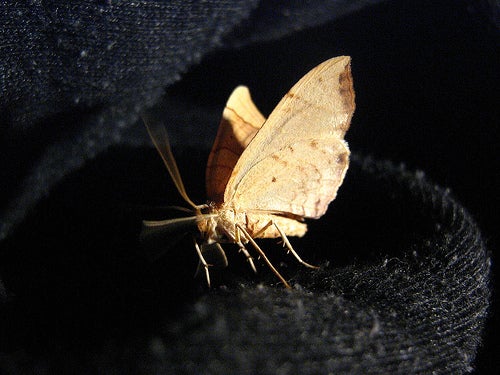 We can only assume DARPA’s cyborg moths will be deployed relatively close to their targets, but we have no real word yet on their potential range. If the military does find the need to release the moths from the rear of operations under the cover of darkness, they would do well to pay attention to research coming out of the United Kingdom on how moths are able to migrate at night.

Scientists currently understand pretty well the abilities of migrating insects to travel during the day. They use the sun to determine their flight path and to correct for wind. But no one was sure how those like the silver Y moth were able to travel at night at heights of up to 150 meters on fast moving currents of wind without being substantially blown off course.

They discovered the answer was relatively straightforward: the moths would wait for a night when the wind was blowing in the right direction and then point themselves that way. It’s of course not entirely that simple—a magnetic compass is believed to aid them in adjusting their paths as they travel—which reveals a fair degree of sophistication in the moth’s navigational abilities.

So far, the work has been done by following swarms with radar. The hope in the near future is for radio transmitters to shrink enough to be attached to individuals for more accurate tracking.