Learnin’ Bout the Birds and the Tyrannosaurs

Researchers confirm what has been long suspected: the fearsome predators are indeed closer to chickens than lizards 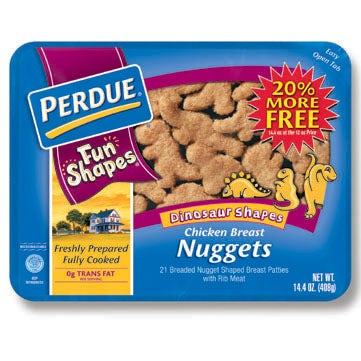 Confirming what had been a long-held hypothesis among paleontologists, scientists have now verified at the molecular level that the closest living relatives of Tyrannosaurus rex are indeed birds; most specifically ostriches and chickens. Skeletal evidence has strongly borne this theory out in recent years as data from fossils has accumulated, but this new study of bone proteins definitively shows that more of the T. rex genome is similar to birds’ than to living reptiles’.

This was the first time proteins have been successfully extracted from dinosaur bones and analyzed to establish lineage. They were taken from preserved soft tissues in the bones of a 68 million-year-old T. rex excavated in 2003. Once extracted, they were compared with similar proteins from numerous other species of birds, reptiles, and other animals thought to be evolutionarily connected. The research will be published today in the journal Science.