Thanks to a highly sophisticated x-ray machine, scientists can now peer inside fossilized animals without destroying a hair 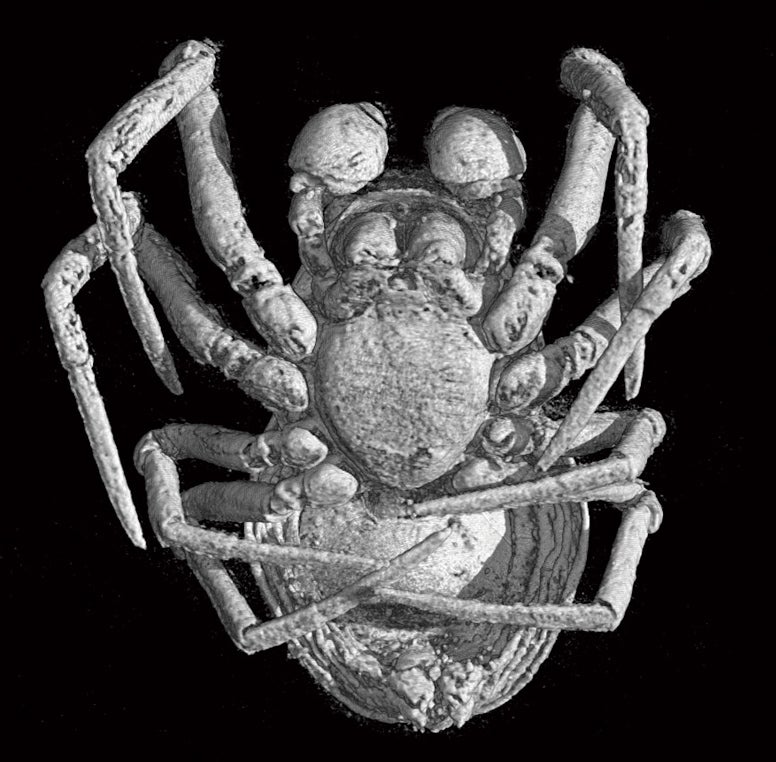 In an opening scene of Jurassic Park, a scientist with a syringe pierces a translucent glob of amber to extract dinosaur DNA from a prehistoric mosquito. While clearly the stuff of science fiction—no liquid would exist in the fossilized resin, among other things—the study of insects frozen in time this way is very much science fact. And the paleontologists at the European Synchrotron Radiation Facility in Grenoble, France, have developed an exceptionally high-tech method for carrying out that study. They’re able to capture signs of ancient life in amber which is completely opaque.

Using a high-contrast x-ray machine called a synchrotron to take thousands of rotational views of a chunk of amber, the researchers are able to create larger than life three-dimensional plastic models of the tiny creatures encased within. The technique is called micro-tomography. It’s a combination of x-ray scanning, 3-D computer modeling, and the use of cutting-edge 3-D printers.

Because the synchrotron captures a great deal of detail, the models are in a lot of way more valuable for study than the specimens themselves. Scientists are able to hold the models in their hands and see the animal from every perspective—a much easier method of study than peering through a microscope.

Click here for a gallery of a 53-million-year-old spider modeled using tomography. 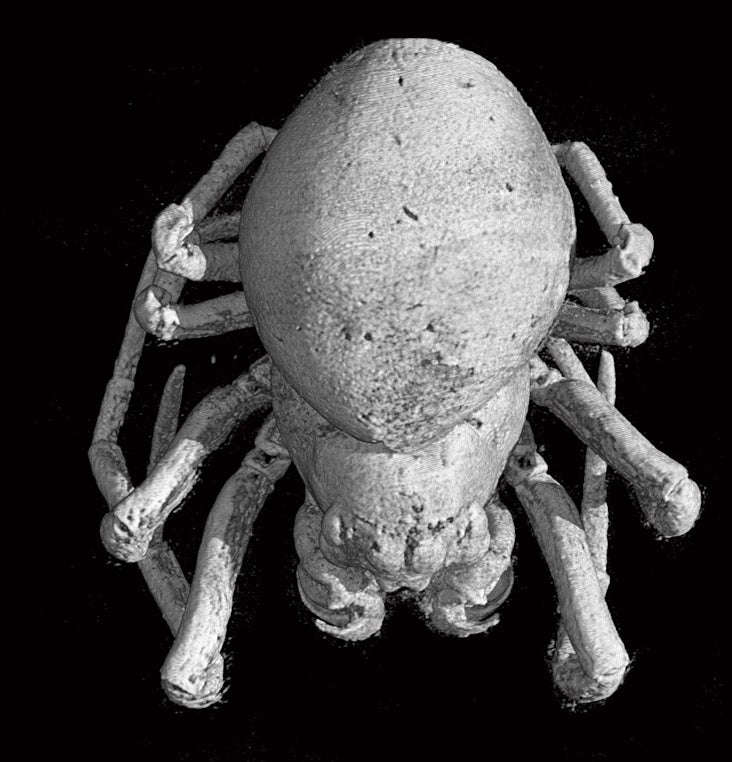 This 53-million-year-old spider was dissected without slicing into the amber in which it’s suspended. [Read more about the technique here.] 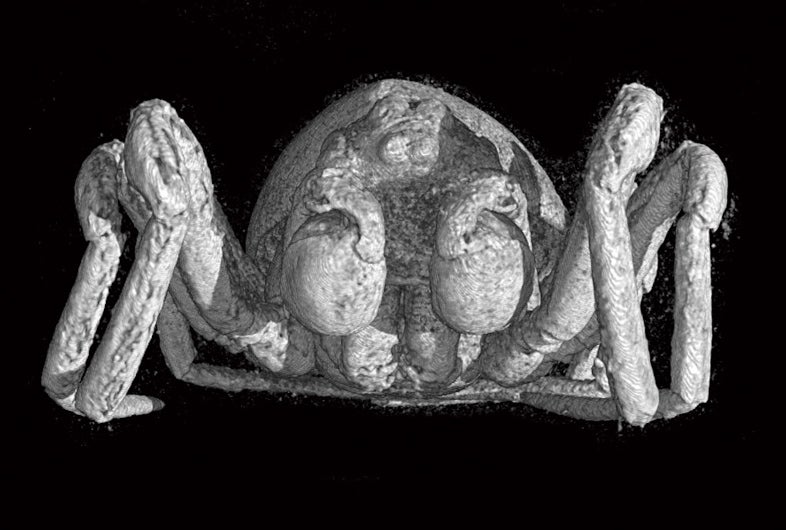 Using technology previously reserved for medical purposes, David Penney, a paleo-arachnologist at the University of Manchester, was able to study the one-millimeter-long arachnid in minute detail. 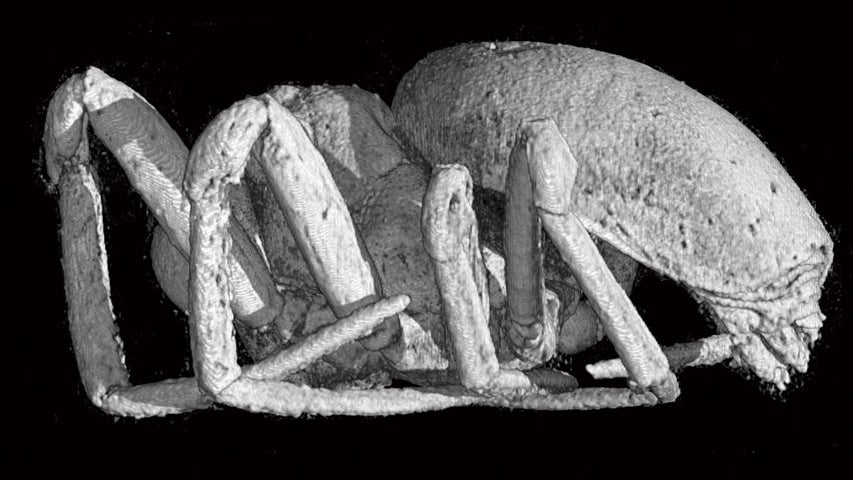 Penney’s colleagues at Ghent University in Belgium improved upon very-high resolution x-ray computed tomography (VHR-CT), which allows specimens to be sliced by x-rays rather than scalpels.

The technique renders 3–D reconstructions that can be examined from any angle to reveal the Cenotextricella simoni‘s internal organs, without damaging the fossil.