Have You Taken Your Meds?

A new device encourages patients to take their prescribed pills, and tells on them if they don't 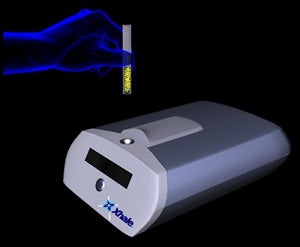 University of Florida scientists have developed a new gadget that basically annoys patients into taking their prescribed drugs, then tests their breath to ensure that they’ve actually swallowed the necessary pill. When it’s time to take your medication, the machine beeps. Ignore it and it beeps again. In fact, it gets louder and louder until you actually respond–after a predetermined time, if you haven’t swallowed your meds, it sends a message to the clinical trial coordinator. The device also performs a breath test that picks up the presence of a chemical tracer.

The device isn’t really for people suffering from sinus infections or the flu, though. It’s designed for people with HIV, since missing a significant percentage of prescribed doses can have serious consequences for those patients&mdashaccording to the University of Florida researchers, there’s an increased risk that the virus could mutate into a drug-resistant version.