By bonding special viruses to polymers, scientists may have found an effective way to battle MRSA and more 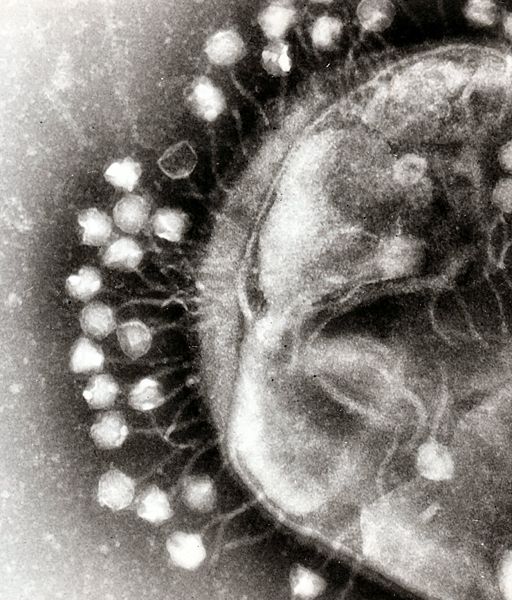 Using living organisms to combat human disease is nothing new to medicine. The Greeks used leeches to balance the humors (didn’t work). Civil war medics used maggots to clean dead tissue from wounds (did work, and is still selectively used today). The next step in fighting infection with outside help looks to come from the bacteriophages, which are viruses that only infect bacteria.

Scientists at the University of Strathclyde in Glasgow have developed a technique which allows them to bond the bacteriophages to polymers. In the past, when researchers tried to use the viruses to fight bacteria, they were hamstrung by the organisms’ very short life spans. Because of the bonds the Strathclyde researchers have created, the viruses can survive for weeks instead of hours.

The other—and equally important—boon to having the bacteriophages bonded to polymers like nylon is that it allows the researchers to impregnate bandages and sutures with microscopic beads containing the viruses. The hope is they will attack bacteria before it can spread in a fresh wound. That not only leads to faster healing, but it could help contain hospital-prone infections like staph and MRSA.