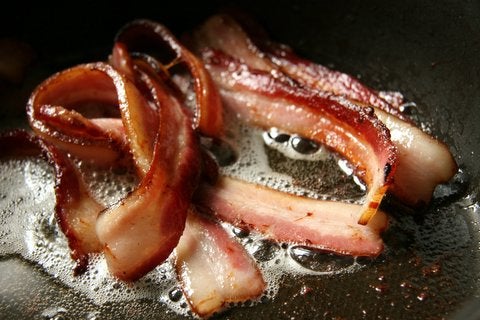 As if fast food and TV weren’t enough to make and keep us fat, a new study from the University of Western Ontario has found that our fat may also be making us fat. Neuropeptide Y (NPY) is an appetite-stimulating hormone produced by our brains, which is responsible for a lot of our drive to eat. Scientists had previously thought that overweight people simply had more NPY flowing from their heads than they needed. As it turns out, the UWO study found that not only do our brains produce NPY, but our abdominal fat makes it as well.

That, of course, could lead to a vicious cycle of obesity—as soon as someone accumulates enough abdominal fat, the fat cells produce NPY, which tells that person to eat, which produces more fat, and on and on. Additionally, they found that NPY also stimulates the production of what are called fat cell precursor cells, which eventually turn into proper fat cells themselves.

The hope for now is to develop a blood test for NPY to detect whether it is coming out of abdominal fat cells and traveling up to the brain so that it could in the future be blocked. In the meantime, our best bet is probably still willpower.