Earthquakes Continue to Roll Through Reno 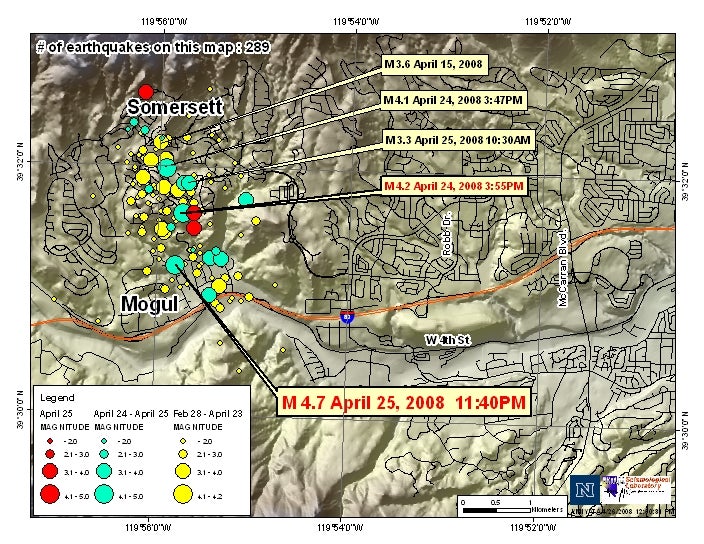 Some residents of Reno, Nevada, are leaving their homes after two months of scattered earthquakes. An earthquake that registered 4.7 on the Richter Scale hit Friday night – the strongest in a string of shakes that started way back at the end of February. But that wasn’t all: More than 150 aftershocks rumbled through the region over the weekend.

While no injuries were reported, the quakes were strong enough to knock items off shelves, split walls in some homes, and generally stir up fear in the residents, according to the AP. And this might not be the end of the action. The director of the Seismological Lab at the University of Nevada, Reno, reportedly told the AP that a magnitude 6 quake wouldn’t be a huge surprise, given that the intensity has been building. But there’s still no way to predict that kind of event, the scientists cautioned. As a statement on the Seismological Lab’s Web site put it after Friday’s quake: “…there is a small increase in the probability of a larger magnitude earthquake,” but the shaking could easily end without another big rumble.