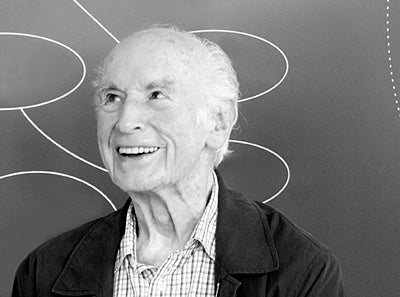 Albert Hofmann, Swiss chemist and discoverer of LSD died yesterday at the age of 102. Hofmann, who succumbed to a heart attack while at his home in Switzerland, first synthesized lysergic acid diethylamide in 1938 while researching the alkaloid compounds of ergot, a fungus which grows on rye and wheat. It was deemed to be of no interest at the time and was set aside until Hofmann decided to reinvestigate the compound five years later. In mid April of 1943 while resynthesizing LSD, he accidentally ingested a small amount and was made aware of its effects. On April the 19th, he deliberately consumed 250 micrograms and set off on his bicycle to return home, unwittingly setting in motion a major catalyst for the drug counterculture of the 1960’s.

There is an element of serendipity in Hofmann having been the one to have discovered the drug. He long saw promise in the compound as a psychiatric tool for understanding human consciousness and championed its carefully controlled use by doctors during the short span before it took on a life of its own and was ultimately banned worldwide. It was a tremendous disappointment to him to have seen it become a recreational drug of choice and cause widespread panic. He viewed it as almost sacred, in much the same way historical cultures have ingested psychotropic plants with a focused spiritual intent.

While Hofmann is understandably most well known for LSD, his work was also key to developing many new drugs for treating postpartum hemorrhaging, stabilizing blood pressure, and improving circulation and cerebral function.