The Year’s Most Stunning Medical Images 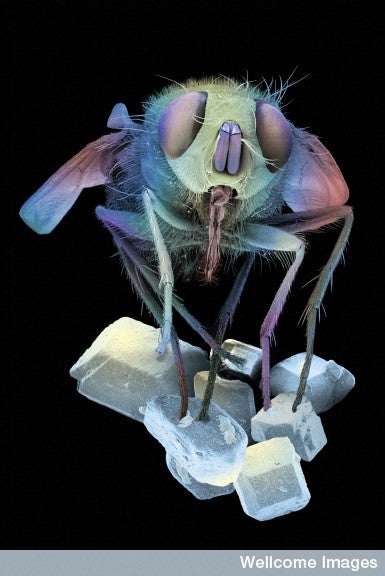 While these images were captured by scientists, you might as well classify them as art. They’re just as stunning, strange and thought-provoking as a masterpiece on canvas. The Wellcome Trust has just announced the 22 winners of its Image Awards, one of which is the fly [left] perched on some sugar crystals.

Other shots picked include red blood cells seeping out of a ruptured vessel, a circle of DNA, a mouse embryo with internal structures revealed, a field of red blood cells that look disconcertingly like candy, and—this one is much stranger than it sounds—crystals of oxidized vitamin C. Click here to have a look at the kinds of things today’s scientists see when they peer through the lens, or, more likely, study their computer screens.