As staph infections grow stronger and more prevalent, doctors are looking beyond antibiotics 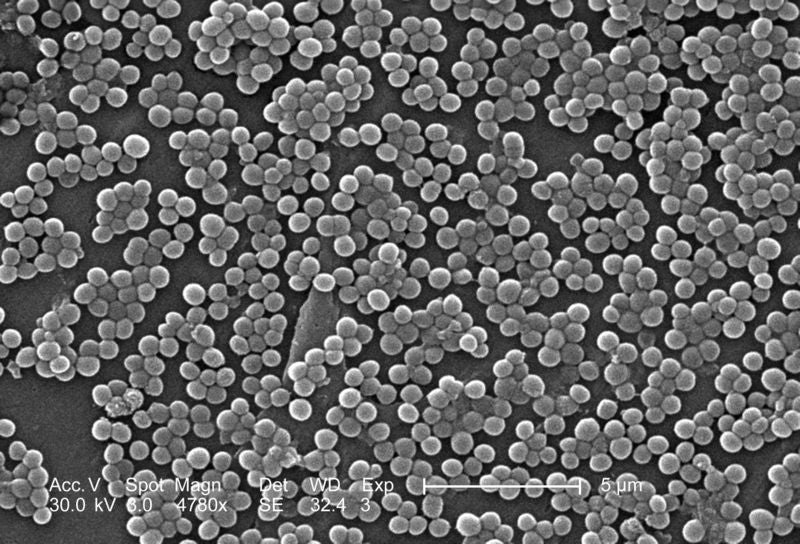 Scientists are working on alternative ways of fighting the staph superbug. CDC
SHARE

We’ve been talking a lot lately about bacterial resistance to drugs, most specifically as bacteria approach the limits of our treatments of last resort. As a consequence of the diminishing returns on traditional families of antibiotics, scientists have turned their focus to more novel approaches for combating infection. The work has been aimed at better understanding the interaction between our immune system and particular bacterial strains. Most recently, a team of researchers at the University of Washington have discovered just how the common staph infection resists our defenses.

Our cells excrete nitric oxide, a natural antibiotic that makes the surrounding environment inhospitable to bacteria. In its presence, they are unable to grow and reproduce. The staph organism defeats this measure by producing lactic acid, which, along with another enzyme, converts the nitric oxide into harmless by-products. When the researchers were able to modify the staph organisms to not produce lactic acid, they lost their ability to survive.

The findings are especially important because they apply not only to the common hospital-grade Staph infection, but also to the more serious MRSA strains. The hope is this research will lead to treatments which allow our immune systems to overcome the bacteria’s defenses on their own.