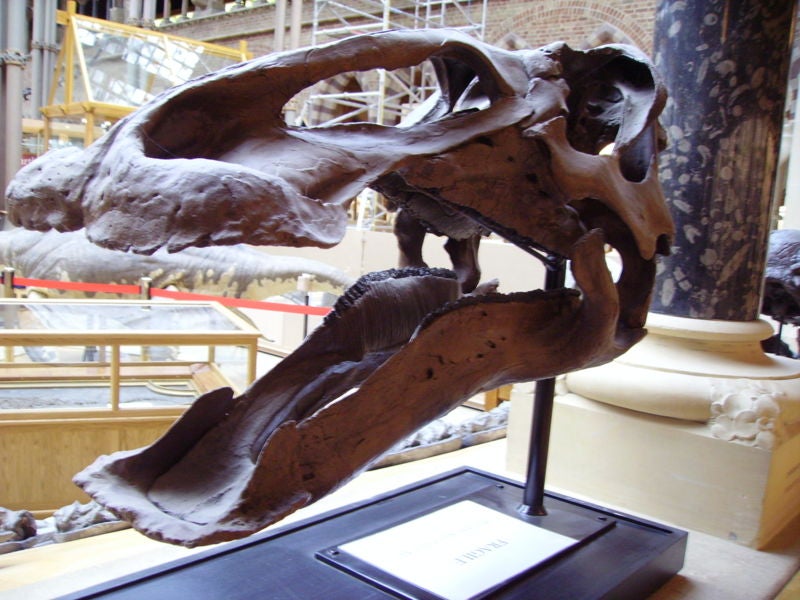 Dakota is the name given to the remains of an Edmontosaurus discovered on a ranch in the Badlands in 1999. What sets Dakota apart from all but four other dinosaurs so far unearthed is its completeness. And not just its complete skeleton—nearly all of Dakota’s skin and soft tissues have been fossilized, which is an exceedingly rare discovery in paleontology. The perfect conditions had to exist at the time of the animal’s demise—being rapidly buried in substrate at just the right moisture level to bring about fossilization instead of decay.

Having recently been excavated from the ground, the five ton fossil was last month moved to the North Dakota state museum where scientists will spend at least a year working painstakingly to remove the sandstone in which the remains are trapped.

Researchers in the field are ecstatic with the prospect of getting the most complete look yet at the anatomy of these ancient animals. The quality and extent of the skin are proving to be unparalleled, even in comparison to the other three mummified specimens.