The Only Thing Better than a Huge Diamond

It's not bling, but this nano-ring may be the key to a quantum computer 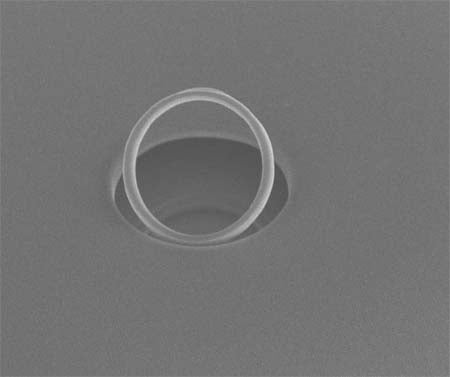 Granted, it will be far too small for her to show off to her friends, but if your potential fiancée has a love of science, she just might accept this bauble over something flashier. It’s the world’s smallest diamond ring, created by a group of Australian physicists. The ring measures just 5 microns wide and 300 nanometers thick. And no, it’s not really for advertising your engagement. The ring is actually part of a device used to produce and detect single photons.

The group that developed it, at Australia’s multi-university Centre for Quantum Computer Technology, is doing the fundamental research that could pave the way towards a quantum computer–the next, next generation of thinking machines.