An elderly Australian man kills himself through a home-built, armed robot 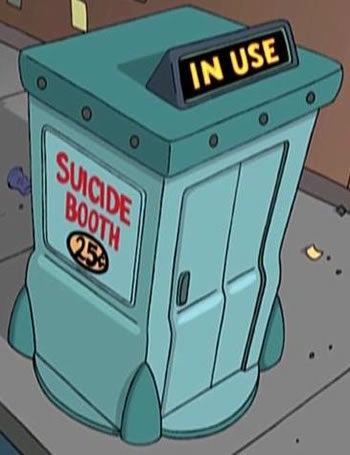 An 81-year-old man constructed a machine that allowed him to remotely fire a .22 semi-automatic pistol, then set it up in his driveway and killed himself. Reportedly, the man’s relatives had been encouraging him to move out of his home and into a care facility.

Instead, he did some research on the Internet and built what was only described as a complex machine–the local paper that broke the story is keeping wraps on how it actually worked.

Technovelgy, a site that covers the intersection of science fiction and the real world, used the news to cite a number of interesting fictional takes on the suicide machine subject, notably the animated series’ Futurama‘s comical suicide booth. But this real-world example is far from funny. The body was quickly discovered after construction workers next door heard the shots.