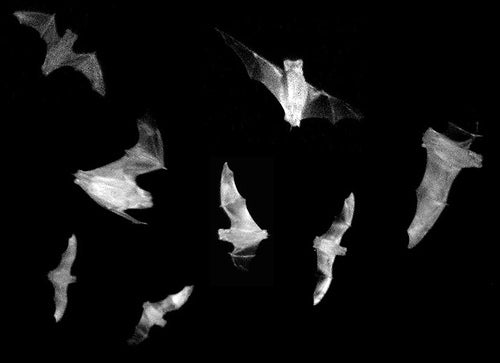 This past week we happened to cover both dolphin echolocation and facial recognition. Today comes a report on a study that may bring the two concepts a little closer together. German researchers have devised a computer algorithm which is able to identify plant species using sonar echoes, in the same way bats are able to find fruit and insects. If the technology is one day sufficiently refined, it could ultimately be used for facial recognition.

Bats rely on echolocation to find their way around and to hunt prey and forage for fruit. In order better to understand how the bats identify which plants bear the fruit they prefer, the researchers at the University of Tübingen devised a software routine that could analyze the echo response time and frequency of sound waves reflected off isolated plants. Each presented a distinct signature, based on the size and number of branches and leaves. The team was able to achieve nearly 100 percent accuracy once the study was complete.

Not only will the findings be valuable for the science of bats and echolocation, but the applications for humans are potentially great as well. The distinct advantage of a sonar identification system over a visual-based system is that it would be able to operate in low light or total darkness.