Gender Differences in the Brain

Sure the sexes learn differently--but at what level? 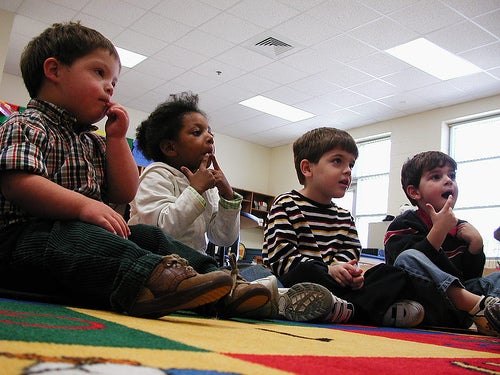 If we have learned anything about education in recent years, it’s that the one-size-fits-all mentality of the basal reader just does not work. People learn differently; sexes learn differently. But the research has only gone so far in exploring from where these differences originate. Previously, studies focused only on cognition or brain function. Now, a new report out of Northwestern has combined the study of both areas to demonstrate that boys and girls use slightly different parts of their brains to process language.

Using functional magnetic resonance imaging (fMRI), the researchers found that girls used more of the language areas of their brains than boys when determining whether particular words rhymed—either on paper or spoken out loud. The boys used more of their brain areas dedicated to how the input was received; whether visually or orally.

But the study seems more impressive for its methods than results. Its researchers hasten to point out that the differences likely don’t persist into adulthood and might just be a function of the fact that boys take longer than girls to mature. Nevertheless, the findings could have potential implications for educators, not least in the growing debate over single-sex classrooms.