New software predicts where structures could crack under strain 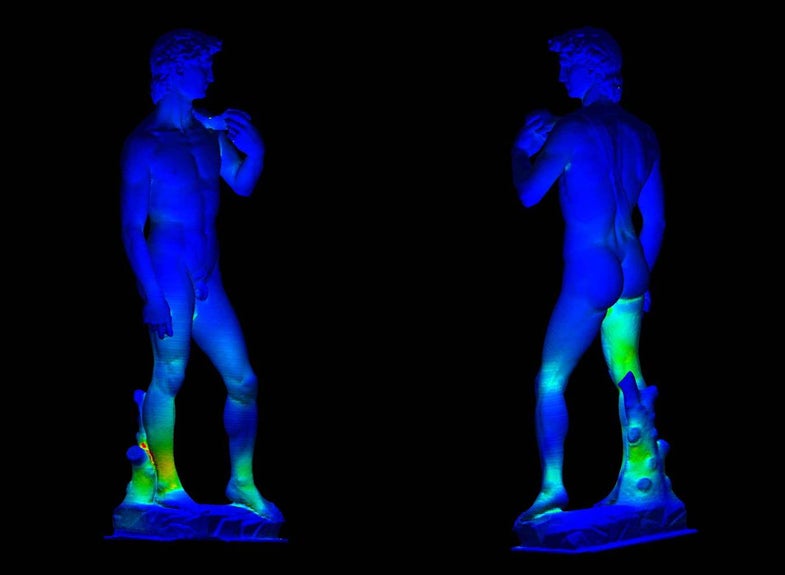 Researchers from the University of Wisconsin-Madison and Florida International University have developed a technique that enables them to identify the weak spots in a structure from afar.

The program they developed, Scan and Solve, uses 3D data of an object to predict where it is most likely to fracture, and how its faulty spots will be affected by outside forces such as gravity or other forms of strain.

The team tested the software on one of the most famous sculptures in the world, Michelangelo’s David, and the results of the program matched previous analyses of the statue. David has already incurred damage from cracks, and Scan and Solve “predicted” those weak spots. The idea, though, is that the program could be used to identify trouble areas in artifacts or statues or structures that have not yet begun to break down, giving engineers a chance to address those potential problems before serious damage sets in.

In the future, the researchers say the technique could be combined with medical imaging technology to help doctors pinpoint weakness in a patient’s bone structure.