Britain’s Swim to the Top 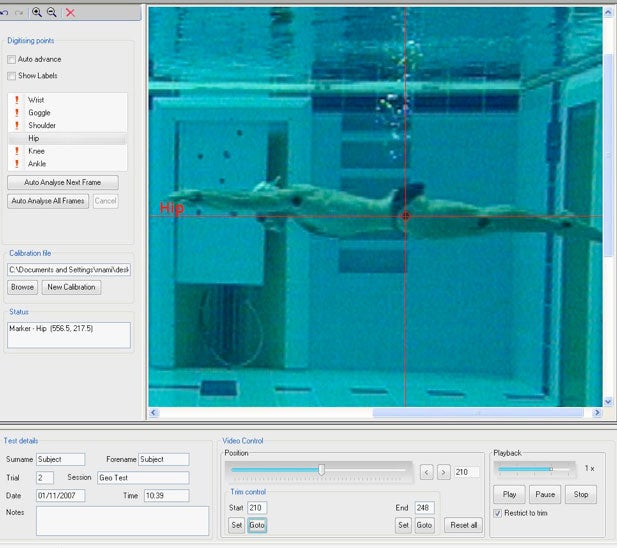 British swimmers are known for their good form, and they’ll enhance that reputation this summer as they train for the Beijing Olympics using novel motion tracking technology. Research funded by the Engineering and Physical Sciences Research Council (EPSRC), in collaboration with UK Sport, will use water-resistant markers drawn on the swimmers’ bodies to provide real-time feedback to coaches and athletes. Unlike the spherical markers used in other motion tracking, the Brits’ markers are painted on to eliminate any effect they might have on drag. Underwater video cameras will show whether altering the position of specific body parts as athletes kick and stroke could further reduce drag.

Currently, the technology only offers feedback when the swimmers are gliding (after start/turns) but future work could breakdown the actual stroke. A replay of the swim is shown immediately, overlaid with potential adjustments and an analysis of whether the swimmer broke out of the glide and began kicking at an optimal time. For the UK, it’s the latest in a series of well-funded research projects focused on Olympic success in Beijing and beyond—like when England hosts the games in 2012. Can’t be disappointing the queen, now, can we lads?