Safari, Firefox and Internet Explorer all roll out promising updates 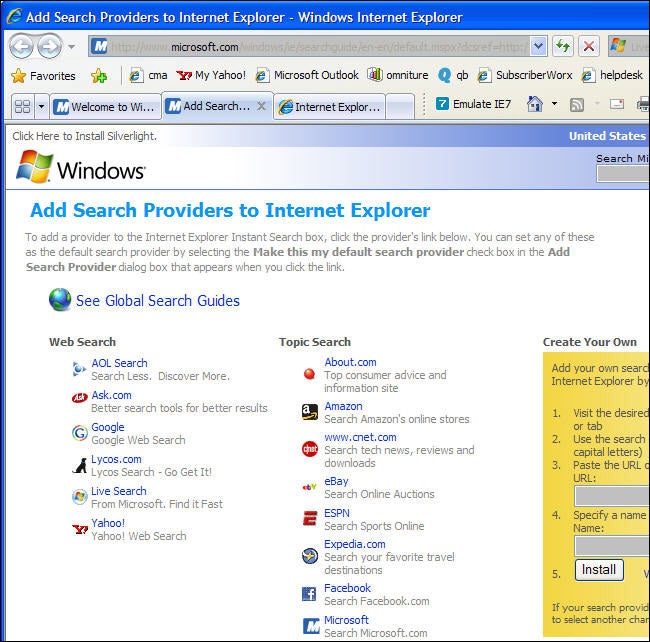 The big news on the browser horizon is the release of Microsoft’s Internet Explorer 8. It’s promising new contextual services–like being able to Digg a page with an integrated menu–and a feature called WebSlices, which lets you bookmark and track only a certain portion of a page. But Microsoft isn’t the only one with updates in store. The other big browsers are rolling out changes at least as promising as IE8’s.

Microsoft has announced that IE8 will support web standards by default. That’s a 180 degree turn from its previous statement that IE8, while being capable of improved support, would be shipped with the features disabled. The reasoning was backward compatibility with sites designed for older versions, but it now appears smarter heads have prevailed. Web designers are of course rejoicing at the prospect of not having to build a separate stylesheet for IE. Of course, IE6 will likely be hanging around for years to come.

Safari just got an update (3.1) which brings even more support for HTML 5 and CSS 3. Safari is already well ahead of its competitors in the way it handles the latest web standards. Apple is also claiming a performance boost with JavaScript rendering.

And not to be outdone, Mozilla may have the most impressive update of them all. Firefox 3 beta 4 is proving to be exceptionally svelte with its memory usage, beating IE7 and Opera by considerable margins. It’s performing at 60 percent of the usage claimed by Firefox 2 on Windows. That’s great news for everyday users and possibly even better news for the future of Firefox: the development team has been hard at work on this project with an eye toward porting the browser for mobile phones.