The biggest sheet of nanotubing holds promise, but is it strong enough to one day lift a space elevator? 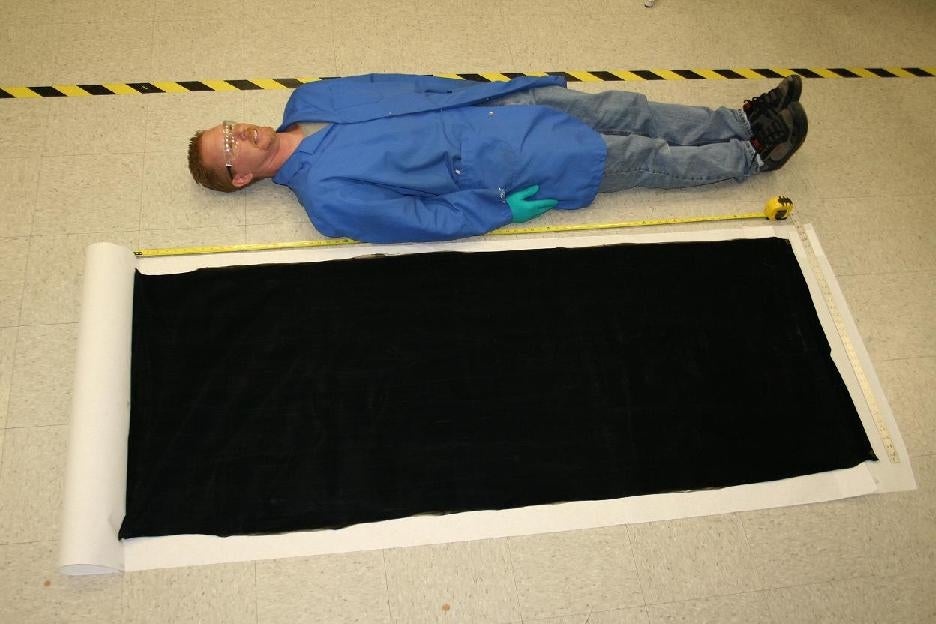 Nanocomp Technologies Inc. of Concord, New Hampshire has managed to make the largest sheet of carbon nanotubing ever, rekindling the long-standing dream of a fantastical space elevator that lifts us into orbit along an ultra-light yet ultra-strong carbon nanotube cable. Sure, at 18 square feet, the sheet is smaller than a beach blanket but it contains a billion billion nanotubes, which makes it 200 times as strong as steel and 30 times less dense.

Moreover, it’s flame retardant and conducts electricity, which would make it useful in tiny electronic devices. Ironically, the problem with most carbon nanotubes is that they’re too small, or rather, too short–on the order of tens of microns long. Short nanotubes are difficult to incorporate into existing manufacturing processes and lack the high performance properties of long carbon nanotubes. They also tend to be delivered in powder form (think of graphite pencils). By contrast, Nanocomp’s tubes stretch a few millimeters and the sheets are specially treated to keep them from shedding black specks of carbon.

Sadly, the tubes tend to snap when molded into long tethers, as was the case last year with the MIT-Nanocomp team’s entry in the NASA “Centennial Challenges” space elevator games. The more probable application is for making lightweight composite coatings for airplanes, maybe even space planes. So not as cool as a space elevator, but we’ll take it.