A 50-foot-long pliosaur is the largest yet discovered 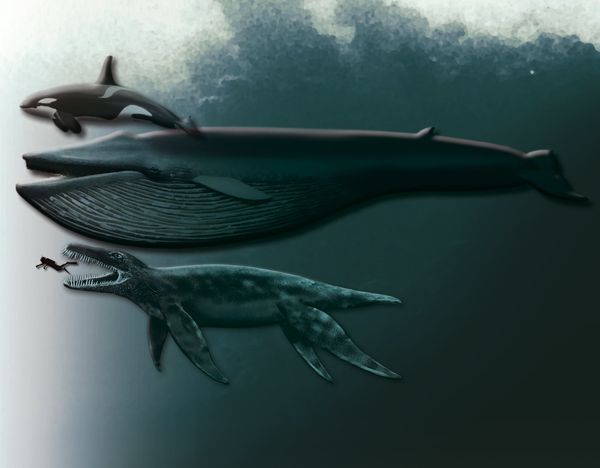 A team of paleontologists led by Joern Hurum of the University of Oslo’s Natural History Museum last year excavated the skeleton of an enormous 150-million-year-old pliosaur; after months of piecing bones together, they now are confident it is largest of its kind ever discovered. Typical pliosaurs—tear-shaped swimmers with short necks—were about 20 feet long, but the paleontologists guess that this monster stretched to some 50 feet in length.

To move that giant body through the water, it had powerful, 10-foot-long paddles. The scientists say the beast also had cucumber-sized teeth made for chomping, so it probably didn’t spend its time peacefully cruising the ocean in search of little snacks of plankton and krill. Instead, it most likely went after large fish and even other swimming beasts, such as ichthyosaurs. Scared of sharks? Just be glad these things aren’t still cruising the oceans.