The Physics of Nascar

In her new book, Diandra Leslie-Pelecky covers the science—and the humans—behind America's most popular racing series

Given that 75 million people are fans of the racing circuit, physicist 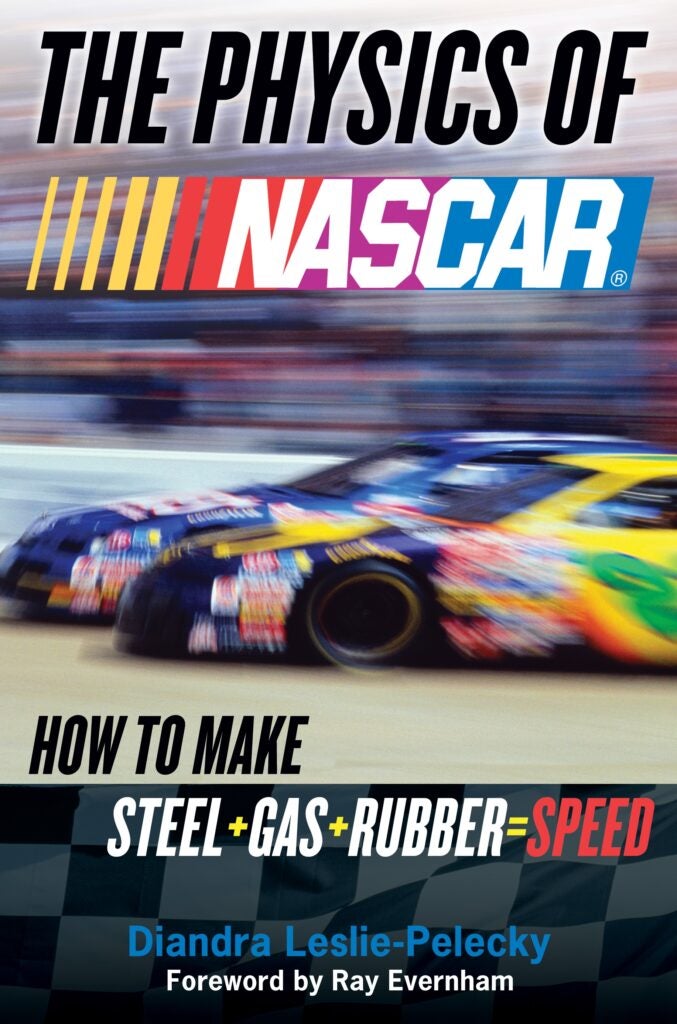 The Physics of NASCAR

Diandra Leslie-Pelecky probably doesn’t have to worry too much about finding an audience for her book on the intricacies of stock-car racing, The Physics of Nascar. But this is hardly just a story for race fans. It’s a crash course in chemistry, physics and more. In the first few chapters, she gets down to the molecular level–at some points literally–in describing the stock car chassis, diagrams how welding works, and even takes a few paragraphs to explain why the white paint on a car appears white to our eyes.

But it’s when she moves out of the shop and onto the track that the book really takes off, as she breaks down engines, brakes, tires, drag and lift; the dynamics of racing itself.

Her approach might be too granular for some, but if you’re not one to speed through a book as quickly as those drivers rip down the track, and you’re willing to get into the details, it’s fascinating stuff. Plus, it’s not all dry science.

Leslie-Pelecky, a physicist at the University of Texas, Dallas, doubles as a reporter here. She does a nice job bringing to life the technicians and engineers behind the Nascar curtain, and confesses that she abandoned being impartial, effectively joining the team she been followed. Some of the behind-the-scenes details might wear on non-racing lovers, but the Nascar crowd will probably gobble that stuff up. And anyone will appreciate the scenes in which she actually gets behind the wheel of a stock car, and finds her legs wobbling as she walks away afterwards.

For more information on the book, check her Web site here.