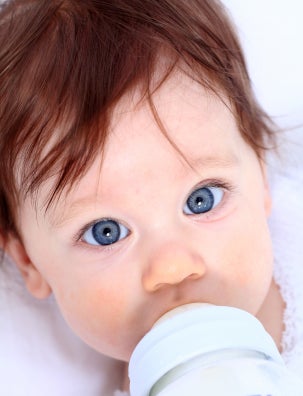 For years, mothers have been divided sharply on the issue of bottle-feeding versus breastfeeding. Studies have long supported the notion that breastfeeding provides infants with benefits like improved immunity to diseases, better maternal bonding and a plethora of important nutrients. But a new study published in the journal Pediatric Health found that premature infants fed a formula enhanced with extra protein, fat, calcium, phosphorus, iron, zince, copper and several micronutrients performed better on IQ tests than preemies who had been fed either regular formula or breast milk.

The group of children in the study were followed for 16 years, and a gap in average verbal IQ persisted even until the children were in their teens. Researchers believe the difference can be traced to early development of the caudate nucleus—the part of the brain associated with memory and learning. The size of the caudate nucleus in the infants fed enriched formula was notably larger.

It is unclear whether these findings are applicable to babies born at term, but researchers believe that the study may influence standards for feeding preterm infants in the early days of life.