Of Honeybees and Haagen-Dazs

Colony collapse disorder has scientists as baffled as ever, and one food maker isn't going to stand for it 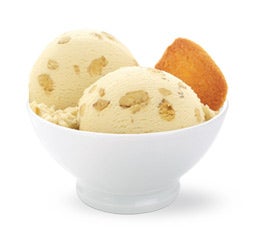 If the bees keep dying, this precious ice cream’s future is at risk. Oh yeah, also the rest of our nation’s food source.

Scientists still are unsure what caused the massive decline in bee populations last year. It could be part of a natural cycle or the result of something more insidious—but one thing is clear, both food producers and consumers will suffer if the drop continues.

Now, at least one company is going on the offensive. Haagen-Dazs announced this week that it will donate $250,000 to the University of California and Penn State to fund research into colony collapse disorder. A sensible move on its part—a third of the country’s food supply depends on pollination, but an entire 40 percent of Haagen-Dazs’s fruit and nut and mixed flavors owe their deliciousness to bees.