One of the world's most influential scientists would have turned 199 this week, and his work remains as volatile as ever 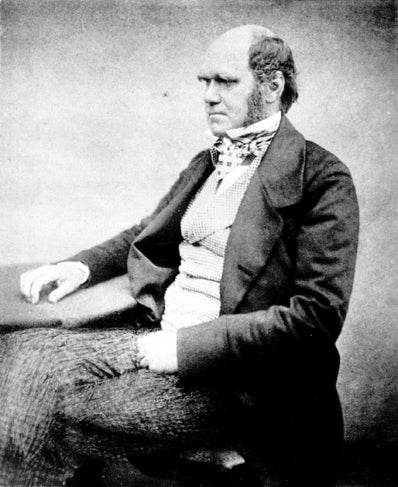 In 1809, exactly 199 years ago this past Tuesday, Charles Darwin was born. Fifty years later, he published The Origin of Species, arguably the most intellectually innovative and intensely disruptive single text in the history of science.

And now, here we are two centuries later: 262 days ago, the $27 million Creation Museum opened its doors; 174 days ago, a U.S. presidential candidate defended his stance against evolution; and earlier this week, the last public hearing was held by Florida’s Board of Education over proposed standards to require that evolution be taught as the fundamental underpinning of biology. Clearly, Darwin and his singular theories are still under fire, but if a group of British scientists have their way, Darwin’s upcoming 200th birth year may be the time to begin an organized campaign to address Darwin’s critics with fervor.

Next month, Darwin Today will launch. Founded by the UK’s Research Councils, government agencies for funding and supporting work in the sciences, the website aims to highlight the Darwinian underpinnings in research that pertains to our daily lives, with emphasis on evolution’s role in “areas as diverse as conservation, biology, robotics, society and art.”

Today, roughly the same percentage of Americans believes or disbelieves in evolution as did 25 years ago, according to the latest Gallup polls. Between 40 and 65 percent of Americans believe God created humans in our present form at a single moment during the last 10,000 years.

Darwin would be the first to acknowledge that a plurality of beliefs is vital to society and, especially, to education; yet, when the same rhetorical status is bestowed upon theories based on cultural traditions or religious beliefs as those built upon the strong foundation of the scientific method, the fragile line between science and belief becomes dangerously blurred. And as the fierce debates over stem cell research and other genetic studies continue to heat up at the highest level of our government, the status of evolution’s place in the classroom is going to matter.

Initiatives like Darwin Today are certainly a step in the right direction. The issues scientists will uncover in the next two centuries will only grow in their complexity; let us hope that future generations will be armed with the invaluable tool that is a sound scientific education with which to properly evaluate and define our wonderfully uncertain future.