Scientists forge the darkest matter ever created by humans 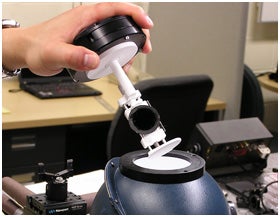 Scientists at Rice University and RPI have created a thin, nanotube-laden coating that they say is the darkest material ever made by man. Radiation essentially gets lost in a miniature wilderness of carbon nanotubes that lets light in, then traps it. The coating absorbs 99.9 percent of incoming light; the previous best measured around 99.84 percent.

While they have applied to the Guinness organization for recognition, the work isn’t just about records. A material that efficiently absorbs so much radiation could improve solar power technology and other devices. The work is detailed in a paper in the journal Nano Letters.