The Couch Will Kill You Faster 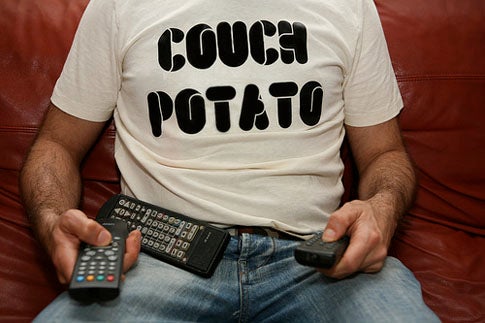 This isn’t quite a shocker, but scientists are reporting that people who are active during their leisure time look to be biologically younger than their channel- or web-surfing counterparts. The active folks have lower rates of plenty of the bad stuff – diabetes, cancer, high blood pressure, etc. – but the scientists add that their lifestyle might even influence the aging process itself.

The researchers found telling clues in the subjects’ telomeres – sequences at the end of chromosomes that are believed to relate to aging. Telomere length decreased with age overall, but the effect was more pronounced in those with a sedentary lifestyle. The paper doesn’t establish a direct link, though, so scientists are calling for more extensive research into the question. Still, it’s enough to get you off the couch.