Not every student falls asleep at the thought of doing another lab. For a fortunate few, homework means setting off bombs, making lightning, crashing cars, and unleashing 100mph winds. Come meet the luckiest students in the country inside (with video)

Wanna be an aquanaut? How ’bout an alien hunter? A sports stat guru? Disease detective? Launch the slideshow to learn what the prereqs are for the greatest jobs in science.

What You’ll Learn: Why car bombs are so destructive; how to make diamonds

Today’s assignment: Create a five-pound car bomb and detonate it in a sedan. Tomorrow, shoot munitions across a half-mile canyon to see what you can hit on the other side.

EMRTC’s home is 40 square miles of uninhabited desert wilderness so remote that dozens of explosives tests-or “shots”-can take place in one day. Founded in the wake of World War II, EMRTC, one of the country’s foremost lab for explosives research, has everything from training grounds for mine-sniffing robots to areas where students blow up cars, tanks and buildings. Typical labs include packing several thousand pounds of ammonium nitrate around a container of carbon to manufacture industrial diamonds, or examining the safety of structures and substances that may be exposed to explosions in the real world. Students work on every aspect of the research, including setting up shots, analyzing data, and conceiving new tests.

2. Make Your Own Hurricane

What You’ll Learn: How to build structures that can withstand extreme winds

Today’s assignment: Simulate hurricane-force winds to hurl two-by-fours at shelter walls. Observe how easily they rip through the structures.

In addition to launching projectiles, students in WiSE’s Debris Impact Testing Lab throw themselves into the middle of real hurricanes and tornados. Before Katrina hit, students from Texas Tech were on the scene, setting up a mobile research center to take dozens of measurements, including wind velocity and the intensity of the storm’s eye. Their instruments were the only ones to survive the storm intact, and now the WiSE possesses the only complete record of the intensity of Katrina’s eye at landfall.

Based on the lab testing, and forays into disaster scenes during and after storms, the center was also responsible for today’s more accurate F-scale for measuring the force of tornados, called the Enhanced F-Scale. It reflects the finding that lower-speed winds do a lot more damage than previously believed. When students aren’t steeped in destruction, they’re figuring out how to make wind power more efficient or designing homes that will hold up better in the next Katrina.

What You’ll Learn: How to make a Civic survive a head-on crash with a Hummer

At the NCAC, every student in the school’s transportation-safety graduate program gets a car-and instructions to tear it down to piles of nuts and bolts, struts and glass sheets. Then the student rebuilds the vehicle in a computer model so he can virtually crash it again and again. (Students also help with real crash tests.) The lab works with auto manufacturers and the Department of Transportation to inform safety standards for cars and “roadside furniture,” such as light poles, barriers and signs. The current curriculum confronts a recent problem on the freeways: the huge population of SUVs, minivans and other small trucks. Students are trying to figure out whether objects like highway barriers should be changed to reflect the size of the vehicles likely to be plowing into them in the future.

Call Lightning from the Heavens

What You’ll Learn: That lightning can and will strike the same place many times

Today’s assignment: Catch lightning. Seriously. We’re talking millions of volts, shooting straight from a mass of black clouds down to a metal structure 50 yards away from where you’re taking notes.

At the Lightning Lab, a group of students and researchers work around the clock all summer to trigger lightning during passing storms. A thin wire attached to a rocket acts as a kind of fuse, coaxing a bolt of lightning down the so-called plasma channel to the grounded metal launcher. There the lab’s sensor networks help solve such mysteries as the cause of each stroke’s unique electromagnetic field, or how a direct hit will affect underground cables. But triggering lightning is not as easy as it sounds. Lab co-director Vladimir Rakov says the students are lucky if they get 40 strokes of lightning per season, and many of those could happen during the same storm. Five years ago, students in the Lightning Lab helped make one of the decade’s biggest discoveries: that most lightning emits x-rays. Today, students are still trying to figure out why by building new x-ray-sensor networks.

What You’ll Learn: How to tread lightly around active volcanos; when to run

Today’s assignment: Take a hike on Kilauea Volcano, where 2,100F magma is spewing out of an 820-foot-wide crater. Tomorrow, measure exactly how far the lava flow has spread and how much poisonous sulfur dioxide is in the air.

As many as 20 students compete for each volunteer position working and living on one of the world’s most active volcanos. Up to eight students at a time sleep in a house in a national park and wake up before the crack of dawn to hike into the wilderness, mapping a region that might soon begin oozing molten rock. The payoff: helping elite researchers measure some extremely powerful underground action, including the bulging shapes created by underground magma flow and the seismic activity that spurs eruptions. Says scientist-in-charge Jim Kauahikaua, “For many, it’s their first experience with volcano work, and it changes their lives.”

Wanna be an aquanaut? How ’bout an alien hunter or a sports stat guru? Launch the slideshow to learn what the prereqs are for the greatest jobs in science. 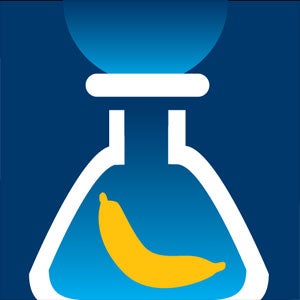 So You Wanna Be A… Flavor Scientist?

Use chemistry and your superior palate to invent new candy flavors Every morning at Jelly Belly Candy Co., food scientist Ambrose Lee brainstorms flavor recipes for gourmet jellybeans. His taste buds, in fact, are directly connected to his chemistry training. If his assign- ment is grapefruit, a molecule called nootkatone leaps to mind. If it’s a grass-flavored Bertie Bott’s Every Flavor Bean, cis-3-hexanol is a must. He even developed the buttered- popcorn jellybean on a whim when microwave popcorn became popular. Food scientists like Lee are one part artist, one part chemist. They must have a refined sense of taste, an unfailing willingness to eat any- thing, and the hubris to confine big flavors like pomegranate and jalapeo to a candy the size of a button.-Veronique Greenwood ** PREREQS:**
-Bachelor’s or Ph.D. in food science, or related chemistry degree
-Food-company internship
-Fearless taste buds 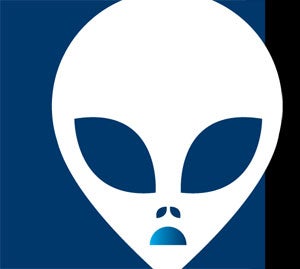 So You Wanna Be An… Alien Hunter

Search Mars for ancient life-from the comfort of your terrestrial lab chair If life exists on the Red Planet, Jack Farmer is the man to find it. The director of the astrobiology program at Arizona State University, Farmer spent his early career as a geologist and biologist looking for hardy life-forms in extreme environments here on Earth. “I never thought of it early on as having any real applications in space sciences,” he says. A stint as a petroleum geologist at Exxon helped him develop NASA’s step-by-step strategy for tracking down off-world life: Find evidence of water; drill into it. To get your E.T.-hunting career started, Farmer suggests chemistry, geology or microbiology. You may wish to practice looking for needles in haystacks, too.-Jeremy Hsu ** PREREQS:**
-Bachelor’s and Ph.D. in chemistry, geology or microbiology, and advanced work in astrobiology
-Gift for navigating bureaucracy
-Stellar patience for long searches 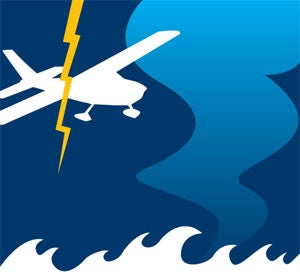 So You Wanna Be A… Hurricane Diver

Brave vicious storms and winds to find out what makes hurricanes go Jim McFadden gets inside storms that other meteorologists only read about. He flies out of Tampa, Florida, with the National Oceanic and Atmospheric Administration’s hurricane hunters, who use four-engine WP-3D Orions to penetrate a maelstrom’s eye and measure its power. The missions improve hurricane forecasting (Katrina and Rita’s projected paths, he says, were 40 percent more accurate than prior estimations), helping to speed preparations on the ground. Math and physics are a must, but you’ll need steely nerves and a superhuman inner ear to take measurements on the deck of a bucking plane.-Jeremy Hsu ** PREREQS:**
-Bachelor’s in meteorology. Oceanography, geology or climatology degree helpful
-Tolerance of turbulence (or Dramamine) 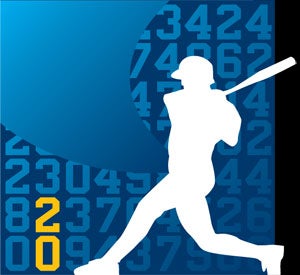 So You Wanna Be A… Sports Stat Guru

Give your team a fighting chance with moneyball mathematics Among what he calls the various “inter-locking dramas” of baseball, Bill James looks for things to quantify. The godfather of “sabermetrics” joined the Red Sox organization in 2003, implementing stats like “range factor” ([assists + put outs] x 9/[defensive innings]) that helped Boston spot overlooked players and win its first World Series championship since 1918. How can you get the job? James, who learned stats from baseball cards as a kid, recommends knowing baseball history, studying the sport objectively, and publishing original research. “My view of the world, whether baseball or physics, is that there are oceans of ignorance and small ponds of knowledge.” Is there room for another stat freak in baseball’s ocean? Absolutely, James says: “We don’t know nothin’.” -Jeremy Hsu ** PREREQS:**
-Skepticism about the status quo
-A fan’s mania
-The ability to put fan mania aside 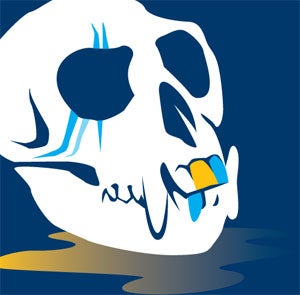 So You Wanna Be A… Disease Detective

Jet around the world to fight sickness If James Bond had a Ph.D., this is what he’d do. “What’s that, M? Rift Valley fever in Kenya? On my way.” Such is the life of an epidemic-intelligence service officer, one of the Centers for Disease Control and Prevention’s agents against epidemic sickness. EIS officer Edie Lederman’s first assignment, in 2005, was patrolling for water- and foodborne diseases after Hurricane Katrina; she went on to investigate infectious diseases like buffalo pox and typhus in three countries. Other EIS officers-who sign up for two-year stints-are variously doctors, biologists, sociologists and anthropologists, but they all share the get-up-and-go of a fireman and the observational powers of a homicide detective. -Veronique Greenwood ** PREREQS:**
-M.D. or Ph.D. (veterinarians and dentists needed as well)
-Language skills preferable
-Strong stomach a plus 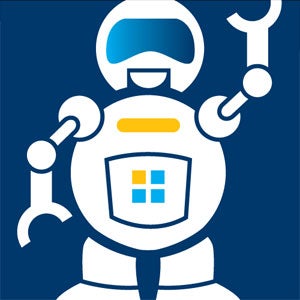 So You Wanna Be A… Humanoid Roboticist

Build human-like robots to wipe out daily chores James Kuffner, a professor at the Robotics Institute at Carnegie Mellon University, spends his days trying to teach machines to do chores as well as humans do. Currently working to perfect the software necessary to accomplish kitchen tasks such as clearing a table and doing dishes, he estimates that affordable humanoid robots could hit the market by 2025. But don’t think that a degree in computer science is the only path to a career in robotics. Kuffner emphasizes the interdisciplinary nature of his work-his colleagues share an interest in human mechanics but come from various backgrounds in electrical engineering, mechanical engineering and human-computer interaction.-Anne Wootton ** PREREQS:**
Bachelor’s, master’s and/or Ph.D. in engineering, computer science or cognitive sciences
Gift for mimicry 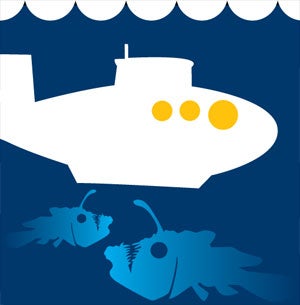 So You Wanna Be An… Aquanaut

Steer undersea vehicles into the ocean’s darkest depths As a pilot of the16-ton submersible Alvin, Bruce Strickrott spends a total of eight months at sea every year and has clocked roughly 90 deep-sea dives. After six years working in electronics for the U.S. Navy, at 27, Strickrott joined Florida Atlantic University’s ocean engineering program. After graduation, he applied to the Woods Hole Oceanographic Institution to be a pilot, “pestered them for a month,” and landed a spot in the 18-month pilot-training program. To become an_Alvin,_ pilot, physical endurance, a cool head and steady hands-not to mention a knack for tinkering with equipment-are more important qualifications than an advanced degree. “What we’re looking for,” Strickrott says, “is someone who has a certain skill set and demeanor and can handle the atmosphere and the close quarters.” -Anne Wootton ** PREREQS:**
-Bachelor’s in engineering
-Facility with electrical systems
-No claustrophobia
education
explosives research
national hurricane center