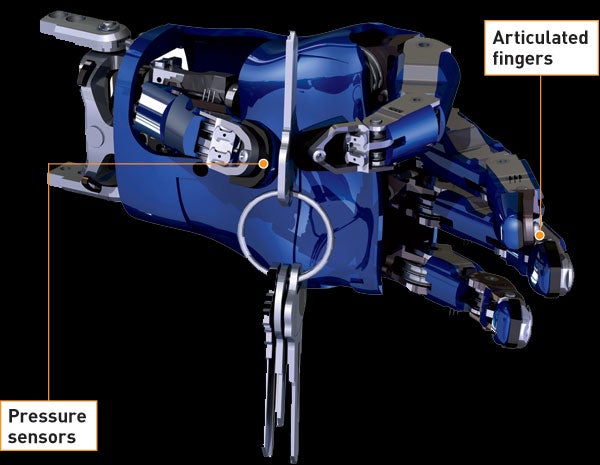 More than 130 veterans of the Iraq war now face the daunting challenge of learning to live with a missing arm. To make that transition easier, the Defense Advanced Research Projects Agency, or Darpa, has launched a $55-million project that pools the efforts of prosthetics experts nationwide to create a thought-controlled bionic arm that duplicates the functions of a natural limb. If all goes well, by 2009 the agency will petition the Food and Drug Administration to put the arm through clinical trials.

This summer the team hit a critical milestone when it finished Proto 2, a thought-controlled mechanical arm-complete with hand and articulated fingers-that can perform 25 joint motions. This dexterity approaches that of a native arm, which can make 30 motions, and trumps the previously most agile bionic arm, the Proto 1, which could bend at the elbow, rotate its wrist and shoulder, and open and close its fingers. A person wearing a Proto 2 could conceivably play the piano.

The next steps are to shrink the battery, develop more-efficient motors, and refine the bulky electrodes used to read electrical signals in muscles. As for making actual music, the wearer is on his own