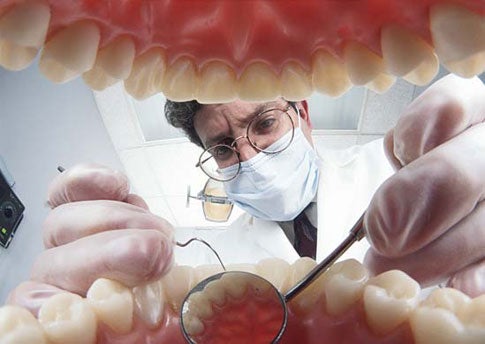 A simple spit test could soon help police officers keep tired drivers off the road. Sleep researcher Paul Shaw and his team at the Washington University School of Medicine have discovered that amylase, an enzyme in saliva, correlates to sleepiness. The scientists observed high levels of amylase in volunteers deprived of sleep for more than 28 hours but found that levels normalized after a good night’s rest. Shaw says it could take a few years to pinpoint the markers in saliva necessary to develop an accurate field test. Until then, rest up-drowsy drivers cause roughly 100,000 accidents in the U.S. every year.

By 2011, doctors expect a painless spit cup to replace certain dreaded blood tests. Scientists working on the $12-million Human Salivary Proteome Project have recently identified 1,166 proteins in saliva, including five indicators of oral cancer. They have also found specific markers in the spit of patients with breast cancer and the autoimmune disease Sjogren’s syndrome and are now working to identify the protein linked to ovarian cancer. Detecting the proteins during a routine spit test could help doctors diagnose cancers early enough to cure them, not to mention spare patients painful needle pricks.

Periodontal disease can fester in the mouth for years without symptoms, leading to swollen gums, bone decay and tooth loss down the road. Now researchers at Sandia National Laboratories have developed a thumbnail-size chip that can detect gum disease long before your dentist can. The automated system mixes a patient’s saliva with fluorescent antibodies. These antibodies attach to proteins secreted by unhealthy cells. Brightly glowing cells indicate high levels of protein and, thus, more disease. Researchers expect the chip to show up in dentists’ offices within six years.