Your Brain on Fatherhood 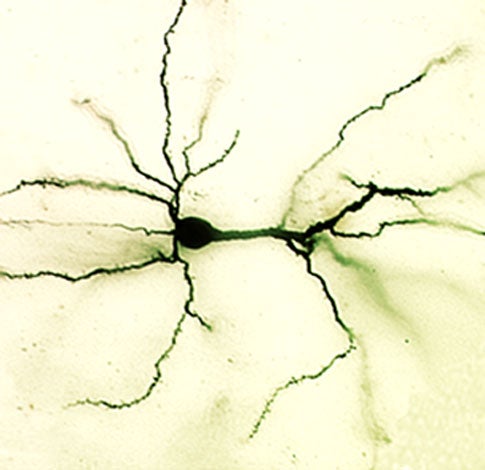 Though men do seem to be getting better at playing stay-at-home dad, they still can´t claim to be the best fathers in the animal kingdom. Among primates, that honor may belong to marmosets, small tree-dwelling monkeys whose males spend 70 percent of their time caring for newborns. The result of all this baby time, according to new research, adds up to more than just a sensitive monkey. The nurturing actually boosts mental activity.

To learn more about the effects of fatherhood on the brain, Princeton University psychologist Yevgenia Kozorovitskiy and her colleagues compared the brains of marmoset dads with those of offspring-less monkeys. The fathers had more well-connected neurons in the prefrontal cortex, an area associated with higher-level planning and tasks. Kozorovitskiy also identified an uptick in the number of receptors for a molecule that previous research has linked to parenting. This fact, she says, suggests that the brain changes don´t simply stem from the onset of the busier life that follows the arrival of a new family member, but from parenting itself. Kozorovitskiy cautions that the work isn´t directly applicable to humans, although other research has linked parenting with increased brain activity in humans. If nothing else, it could provide new dads with the ammo needed to extend their paternity leave.