The good news: Engineers have developed neat little robots that ride camels. The great news: Child jockeys are being phased out of the Middle East's racing industry. Launch Photo Gallery

Camel racing has long been popular in the Middle East, but the sport has come under scrutiny for its practice of employing little boys as jockeys. Many of these children were kidnapped or otherwise illegally brought into employment in Qatar and the United Arab Emirates from foreign countries, including Pakistan, India and Bangladesh. Faced with pressure from human-rights groups, Qatar has outlawed the practice of hiring child jockeys and passed a law requiring all riders to be at least 18 years of age. In early June, 1,075 boyssome as young as four years oldwere repatriated to their countries of origin in compliance with the new policy.

Now enthusiasts of the sport are looking to technology to allow them to continue the tradition of camel racing. The latest development: robot jockeys. Last year, Swiss robotics firm K-Team built units that weigh just 57 pounds and cost around $5,500 each. So far, the robots have been used in Qatar, the U.A.E. and Oman with great success. According to an Associated Press report, Qatari racing official Sheik Abdullah bin Saud says that the goal of the robot project is to “improve the speed, the weight, the aerodynamics, to reach the ultimate goal of completely phasing out children used as jockeys.” 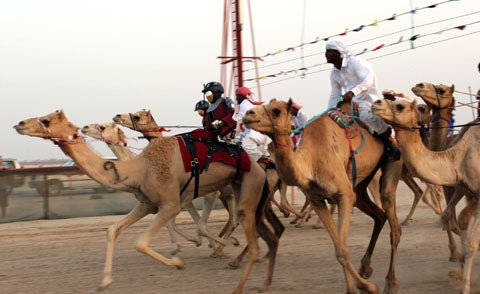 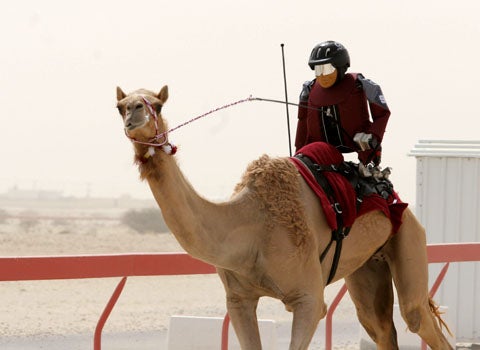 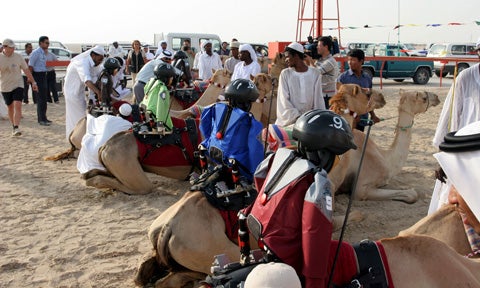 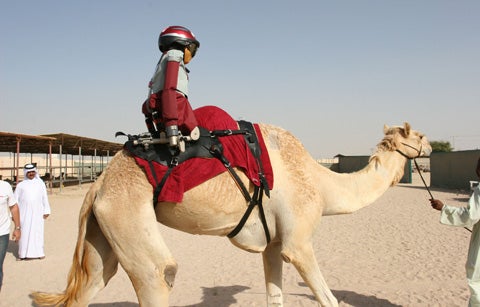 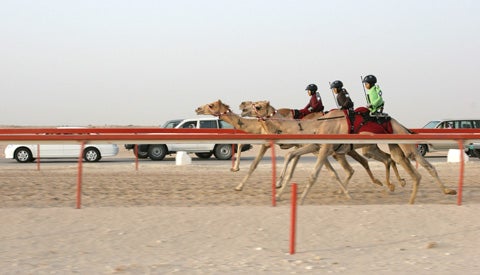 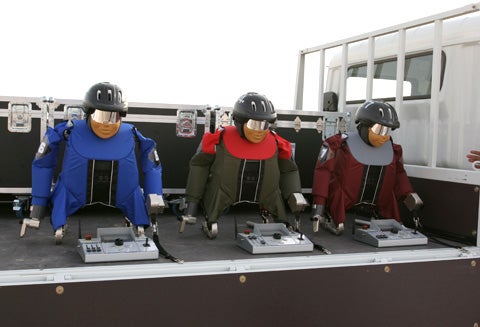