FYI: Who You Gonna Call?

Can we prove that ghosts and other paranormal phenomena exist? 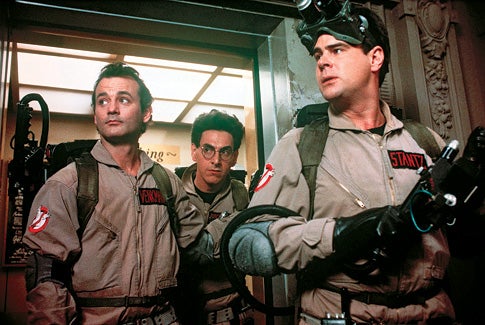 Most respected researchers still don´t consider reports of things that go bump in the night worthy of scientific study, but there are a few who do. For more than a decade, neuropsychologist Jason Braithwaite of the University of Birmingham has been trying to figure out why visitors to Muncaster Castle in England claim to see ghosts in rooms and corridors. â€People have been having these experiences for hundreds of years, and they deserve a scientific explanation,â€ he says. And although Braithwaite doesn´t yet have an explanation for the supernatural shenanigans, he´s finding some leads.

His work is based on studies conducted by Michael Persinger of Laurentian University in Canada, who observed several years ago that low-frequency electromagnetic fields (EMFs), typically generated by laboratory magnets, affect the right hemisphere of the brain in a way that makes people believe they´re sensing an otherworldly presence. When a specific region of the right hemisphere that controls notions of â€otherâ€ is stimulated by EMFs, subjects often report feeling strongly that they are not alone-that there´s something in the room with them. Using a device he developed with sensors that measure the strength of these low-frequency EMFs, Braithwaite detected unusual electromagnetic activity below the 50-hertz range in and around the castle.

Bothered by the profusion of paranormal investigators who see the scientific method as optional, Braithwaite recently announced that he´s creating the first-ever â€ghost school.â€ It will teach anyone who´s interested how to investigate paranormal phenomena logically and rigorously. For instance, a thorough investigator might give visitors questionnaires to zero in on locations where many people report feeling spooked and then investigate those areas to see if magnetic fields or chilly drafts might be responsible. â€The course isn´t about teaching people what to think but how to think,â€ Braithwaite says.

He notes, however, that even with extensive research, it might be impossible to definitively disprove the existence of ghosts. â€Factors like magnetic fields may be potential explanations for some sightings,â€ he says. â€But others are still mysteries.â€