Are those paper toilet-seat covers really protecting you from anything? 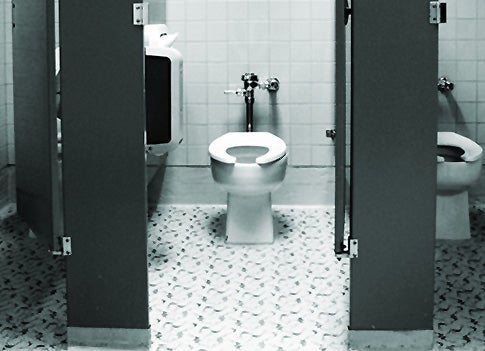 The paper toilet-seat cover can be a guardian angel for the backside, but only if the seat is dry to begin with. When the cover is placed onto a seat that´s wet, it ferries bacteria and viruses from the toilet seat up to your bare skin.

The good news is that you´re unlikely to contract a disease merely by sitting on a pathogen-covered toilet. Neither viruses like influenza nor the bacteria responsible for illnesses such as strep throat are dangerous unless they come in contact with the mucus membranes
-something easily prevented by washing dirty hands with soap before touching your mouth or eyes (which you do already, right?). Most sexually transmitted diseases cannot survive once exposed to air (exceptions are the herpes virus, which can live for a few hours, and hepatitis B, which can linger for seven days). To catch a disease, the seated party would have to have some sort of break in the skin to allow the virus to enter. So if your bum is flawless and you don´t mind the yuck factor, go ahead and take a seat.

Besides, the germs hiding on the throne aren´t the ones you should be most worried about. The top sides of toilet seats are low in bacterial numbers compared with surfaces that you actually touch in a public restroom, like the faucet and countertop. Says University of Arizona microbiologist Chuck Gerba, â€Toilet seats have been getting a bad rap.â€