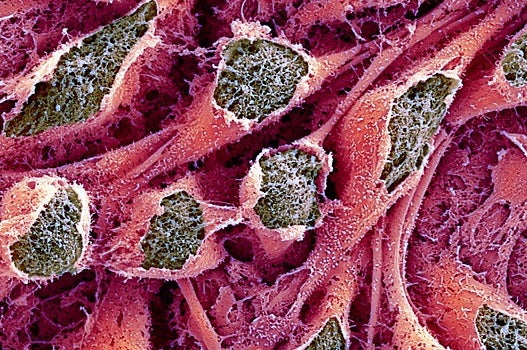 This January, news that South Korean scientist Hwang Woo Suk fabricated research on cloned human stem cells brought more negative attention to an already controversial field. Hwang´s work had been believed to be a breakthrough. His technique for cloning embryonic stem cells genetically matched to patients might have been used by scientists worldwide to cure disease. We spoke with Martin Pera, the head of the new Institute for Stem Cell and Regenerative Medicine at the University of Southern California, to get an insider´s perspective on the scandal and its potential effects on future research.

Martin Pera: To me it wasn´t that surprising. It´s not as if these people were playing in cold fusion or something.

PS: So how soon will it actually happen?

MP: I think someone will do it within the next couple years.

PS: The new center at USC will focus on the therapeutic uses of stem cells. When do you think we´ll start seeing results in that area? A decade? Two?

MP: It´s not possible to predict with certainty, but I think it will be sooner than that. I might expect some small-scale trials in certain conditions within the next five years.

PS: Do you think you´ll be watched more closely now because of the Hwang scandal?

MP: We have to be very, very careful. We entered into what I call a social contract. We as scientists said to the public, OK, we recognize there are ethical concerns in this area, but the potential benefits are so great that you really need to let us go forward. As a consequence of that, we need to give the public very strong reassurances that the work is being conducted in an ethical fashion.

PS: Does this extra attention impede your progress at all?

MP: Although I spend a lot more time now in PR and ethics and politics, I think we have to do that because the outcomes are going to be that much more significant. It wouldn´t have this spotlight on it if there weren´t such a potentially big benefit.

PS: Hwang´s fraud was discovered because his co-authors came forward. What if no one comes out? How do we prevent this from happening again?

MP: These things are going to happen. The good thing about science is that it is self-correcting. People go out and try to reproduce [the result], and if it doesn´t happen, then the work gradually fades into obscurity.