After I die, I donâ€™t want to rot slowly six feet under or be reduced to a pile of ashes. Can you suggest any unusual alternatives to burial or cremation? 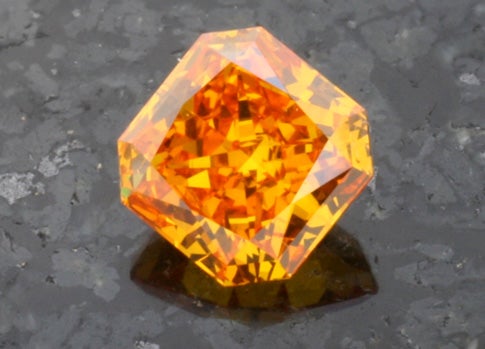 Our favorite alternative for the afterlife**-being launched into space like James Doohan of Star Trek’s Mr. Scott fame-is suitable for those not bothered by the vagaries of commercial space launches. But if you like the idea of giving back to the planet after you leave, “promession,” a body-disposal method developed by Swedish biologist Susanne Wiigh-Masak, may be the way to go. A body is put in a con-tainer and dipped in a vat of liquid nitrogen cooled to “321 degrees F, which dehydrates it and makes it so brittle that a jolt of vibration “shatters” it into heaps of powder. After a machine removes dental fillings and artificial joints, the flour-like remains (equivalent to about a third of the body’s original weight) are placed in a box made of potato starch. The shallowly buried container and its contents disintegrate in less than a year, returning essential nutrients such as nitrogen and phosphorus to the topsoil (coffins, in contrast, can take decades to decompose, and cremation turns corpses into nutrient-poor inorganic carbon). If the environmental implications don’t convince you, consider the cost. Wiigh-Masak estimates that promession for one person will cost around $1,000, far less than the $8,000 that the average funeral and burial require. “There are six billion people on the Earth, and none of us is giving anything back to the soil,” Wiigh-Masak says. “If I know my body can make a plant grow after I die, that’s very appealing.”

The Swedish city of Jnkping hopes to convert its only crematorium into a “promatorium,” and officials in the U.K., Germany and South Africa are also showing interest in the procedure. Judging by that enthusiasm, Wiigh-Masak believes that the U.S. will soon follow suit.

Another option? Have your remains turned into a family heirloom. LifeGem in Elk Grove Village, Illinois, has perfected a flashier type of after-death alchemy: transforming cremated remains into man-made diamonds. Technicians extract pure carbon from the ashes, then place the carbon into a diamond press that exerts intense heat (about 2,200 degrees F) and pressures of up to 50,000 atmospheres for several days. The rough diamond that results-which will be naturally colored yellow or orange but can, through processing, be made blue with trace amounts of the element boron-can be faceted and polished just like an ordinary stone. In addition to choosing the color, you can specify the size of your LifeGem, from 0.2 to 1 carat. At $20,000 for a 1-carat blue diamond, though, it’s a fair bit more expensive than a typical cremation, which costs around $1,000 (small yellow gemstones start at $2,700). Total turnaround time: six to nine months.**

LifeGems have attracted a devoted following of thousands who prefer their deceased loved ones around their fingers, not underfoot. “The diamonds are tangible, they’re beautiful, and they can be handed down,” says the com-pany’s CFO, Mike Herro. “Family members say we’ve made their difficult situation a little bit better.”