The Issue: The new comic-book movies take pains to update science-speak. The lingo is nonsense, but it sure is a hoot 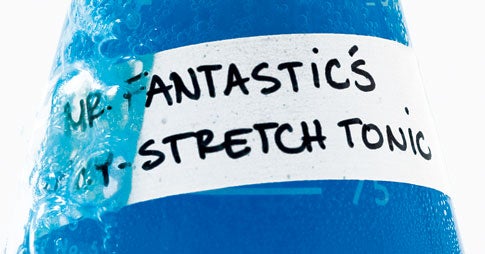 First off, let me just say that i’ll enjoy watching The Thing, a 600-pound creature made of orange rock, stop an oncoming 18-wheeler with his shoulder every bit as much as the next guy. But it’s not the action scenes that get me excited about a movie like The Fantastic Four, which premieres on July 8. Whenever a new comic-book movie debuts, I get a kick out of seeing how the filmmakers finesse the science.

The original comics kept it simple, chalking up heroes´ powers to radiation or alien origins, but the recent batch of remakes can´t seem to resist tossing in some novel, or at least complex-sounding, science. This doesn´t make the story more plausible-it makes it funnier. Maybe I need to get out more, but I get bigger laughs from the pseudoscientific gibberish spouted in these films than I do from the tired one-liners of standard summer comedies. It´s a new genre, a kind of geek comedy.

Take last year´s Spider-Man 2. Spidey´s webslinging is impressive, but my favorite part is when Dr. Otto Octavius, a nuclear physicist who turns evil after one of his experiments goes awry, explains that he needs giant, artificially intelligent mechanical arms fused to his spine with nanowires and held in check by an inhibitor chip to control the elements of his homebuilt fusion reactor. Right. A close second: a scene in The Hulk in which mild-mannered Bruce Banner, who has recently absorbed a lethal dose of gamma radiation, sits up in his hospital bed and explains to a colleague why he isn´t dead. Why, it´s the nanomeds. â€I mean, I don´t know,â€ Bruce says. â€They must have, like . . . fixed me.â€ And what are nanomeds?
I mean, I don´t know, but they must be like . . . scientific.

The reason for all this science-speak? These days, biotech breakthroughs make headlines, theory-of-everything books lead best-seller lists, and robots clean our rugs. We may not know more science than we used to, but we certainly expect fancier terminology.

The Fantastic Four filmmakers´ motto: If you´re going to butcher the science, do it with flair. In one early scene in the screenplay I read, the group´s leader, Reed Richards, wonders if he´ll be able
to use his immersive visualization technology in combination with submolecular string theory to more precisely fix the time and place of the big bang. (Why didn´t you think of that, Hawking?)

Reed´s big ideas are what got the gang into trouble in the first place. To test one of his theories, he leads his ex-girlfriend, Sue Storm, her younger brother,
Johnny, and an astronaut named Ben Grimm into space, where they´re bombarded by cosmic rays-charged particles careening through space at near-light speeds. Back home, Reed finds he can stretch his arm around a city block, Sue can turn invisible, Ben is the aforementioned Thing, and Johnny morphs into a human flame when he gets upset.

NASA is concerned about how cosmic rays will affect astronauts-prolonged exposure could lead to a weakened immune response, even cancer. But if there were a remote possibility that the rays could turn people into superheroes, by now surely some unscrupulous baseball-team owner would have sent a few players to the International Space Station for a little pre-spring training.

Perhaps Dr. Doom, The Fantastic Four´s archrival, put it best. â€A little scientific double-talk can fool almost anyone,â€ he says in a 1963 issue. Mind you, I´m not complaining. My plan is to sit back, eat my popcorn, and enjoy what looks to be an action-packed romp. And if I chortle at what others in the theater consider inappropriate moments, so be it. Maybe you´ll be laughing along with me.