Sometimes our biggest fear is not knowing what to fear most. Fortunately, the weird science of risk analysis can teach us to judge better and fear smarter 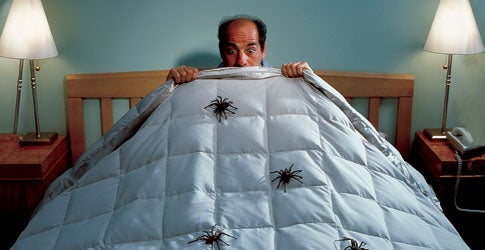 So what about 2004 MN4, that hunk of rock hell-bent for Earth? Don’t worry about it. After reviewing earlier observations, scientists determined that the asteroid will swing 22,000 miles wide of Earth. Which doesn’t mean that society is completely safe. There are an estimated 1,100 major near-Earth asteroids, 30 percent of which haven’t been identified yet; any one of them would impact with a force greater than all of the world’s nuclear arsenals detonated at the same time.15

There’s nothing I can personally do about the asteroid menace, so I’m glad NASA is on the case. But exposure to most other hazards is at least partially dictated by my lifestyle and decisions–and ability to assess danger. At the end of the diary project, I tallied the box score to compare my risk ratings to those of the experts and found–to my surprise–that I belong to a small subgroup of the population that chronically underestimates risks. I made cognitive blunders, and my logic was overpowered by emotion. But now I know enough to do better in the future. “Overall I´d give you a B-minus,” Ropeik says charitably.

I call Slovic for a wrap-up interview, and he attempts to cheer me up about the failures of my risk rankings.16 It´s easy to document faulty perception, he says, and the serious behavioral mistakes that result in injury and death. More difficult is demonstrating the positive side of our judgment–we make dozens, if not hundreds, of correct risk decisions daily. “You must have done something right in the two weeks,” he says. “After all, you survived.”