Attack of the 3-D Clones

Credits: Blade: Trinity, Master and Commander: The Far Side of the World, Lara Croft Tomb Raider: The Cradle of Life

Pity the evil vampires of the horror flick Blade: Trinity. In the film, released late last year and starring Wesley Snipes, their skin boils, they are shot and stabbed, they turn into skeletons and explode into ashes.

Blade‘s vampires were
living actors, with computer-animated clones substituted in for the many gory death sequences. For the movie’s computer artists to design the film’s 50-odd vampires from scratch, and to make each of them match an individual actor precisely, would have been practically impossible. Instead, Joe Conmy, Blade: Trinity‘s visual-effects producer, made 3-D scans of all the actors using technology from Sci-Tech Award nominee Eyetronics. The resulting “digital doubles” still needed to be computer-animated before they were able to move onscreen, but Conmy estimates that the head start provided by the 3-D scans saved the team thousands of hours of design work.

Scanning allows you to quickly transport something from the real world to the digital one; the process is similar to using a flatbed scanner to make digital dupes of photographs or slides, but it works for 3-D objects. Ubiquitous in modern film production, the technique is used to decorate digital sets with realistic-
looking art and furniture, to create CG characters based on handcrafted models, and even to construct virtual
terrain derived from real-world landscapes.

First-generation 3-D scanners are large and cumbersome. Actors have to be brought into a scanning
facility (not easy to coordinate when working with A-list stars), or the equipment has to be built onto a semi and transported to the set. The Eyetronics system is handheld and portable. It consists of an off-the-shelf digital camera–a 6.4-mega- pixel Canon EOS 10D–mounted to one end of a metal frame. On the other end is a flash, which projects a fine grid of light. Holding the frame, the operator directs the lens and the flash toward the scanning subject. Beamed onto a wall, the grid would be flat, but around a face or object, the lines
contour. You take a picture, recording the warped mesh, which the Eyetronics software translates into a set of x, y and z coordinates. (Rigged with a video camera instead of a still one, the system can also be used for facial-
performance capture.) After a dozen shots have been taken from multiple angles, Eyetronics assembles the data to create a single 3-D model or, in the case of Blade: Trinity, 55 3-D models that could be dressed, manipulated, made to perform
fantastical feats–and to die horrible deaths–at will. 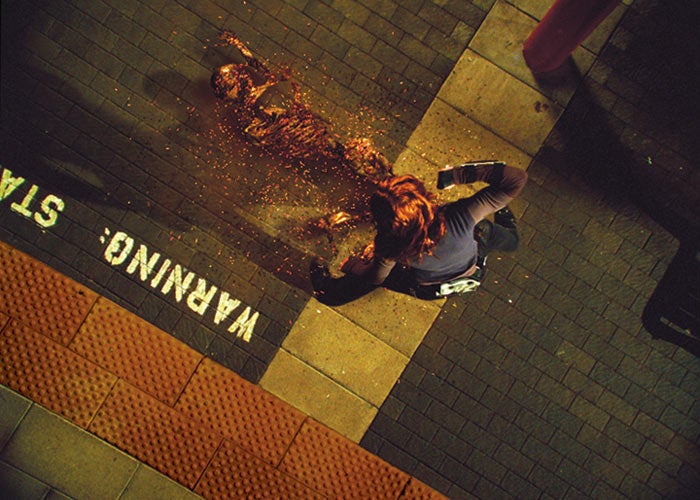 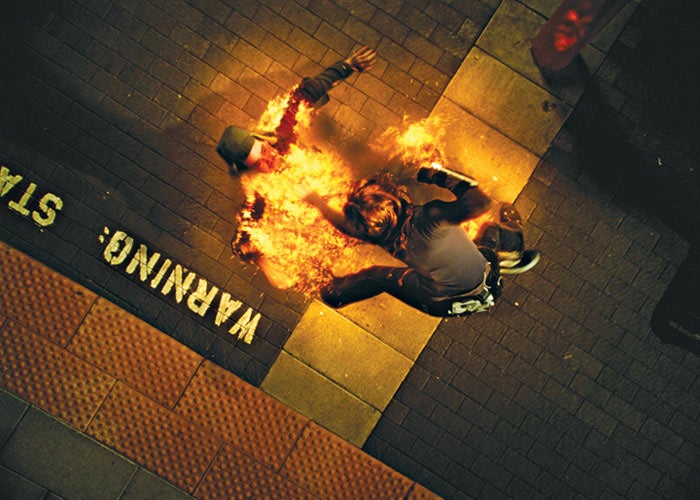 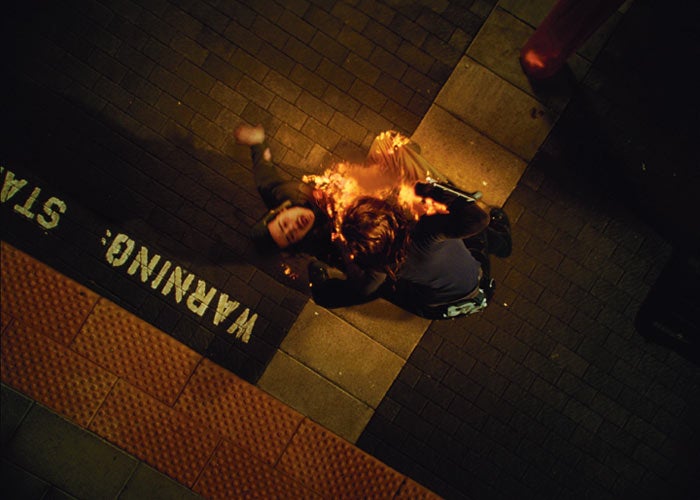