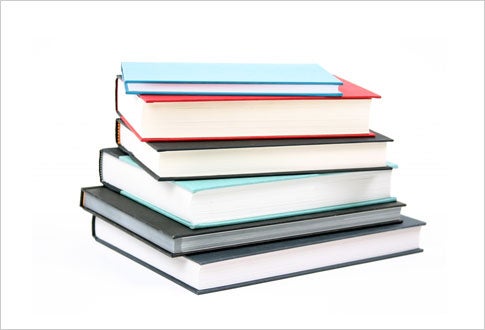 “This textbook contains material on
evolution. Evolution is a theory, not a fact, regarding the origin of living things. This material should be approached with
an open mind, studied carefully, and
critically considered.”

In 2002, officials in Cobb County, Georgia, slapped the above disclaimer
on biology textbooks after more than 2,000 parents protested that evolution was being treated as a fact, not a theory. The American Civil Liberties Union
and the parents of five students filed a lawsuit in response, stating that the
stickers were unconstitutional, violating the separation of church and state. At press time, the suit was before a U.S.
district court in Georgia.

The growing debate over the inclusion of such “alternative creation theories” as Intelligent Design has alarmed many scientists, who see these proposals as the first step to teaching creationism in science classes. Colin Purrington, who teaches evolutionary biology at Swarthmore College, often encounters students who have little schooling in the basic theory of how life developed on Earth. “I get students in my classes who never learned evolution,” he says, “or who had a high school teacher say, â€I have
to teach you this, but I don’t buy it.’ “

Frustrated, Purrington felt that he had to do something. So, borrowing the creationists’ tactic, he crafted alternative “disclaimer” stickers to be affixed to science textbooks. “I made the stickers for the ACLU to give to the parents who brought the suit against Cobb County, for their enjoyment,” he says. And for your enjoyment, we’ve excerpted a few below.