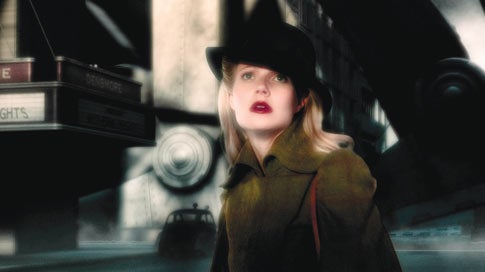 Sky Captain and the World of Tomorrow

Credits: The Aviator, The Incredibles, Sky Captain and the World of Tomorrow

Annals of Living-Room Ingenuity, Part One–1990: Providence, Rhode Island. Four recent Brown University graduates establish CoSA, a multimedia company, in their apartment. Subsisting largely on doughnuts and Vietnamese takeout, they work around the clock and, in 1993, release After Effects. The revolutionary software helps to bring “compositing”–the ability to marry separately
created live-action and computer-generated visual elements–within the grasp of desktop-computer users.

When you’re watching an effects-intensive movie, what you’re seeing at any given moment is a patchwork quilt of individually produced visuals. A single frame may have been built from up to 500 distinct components, from filmed sets and performances to CG characters and landscapes. Compositing software is the tool for assembling all the pieces; it’s like
Photoshop, but for moving imagery. Before After Effects, the compositing process was
handled on supercomputers that cost $200,000-plus. Priced at around $1,000, After Effects democratized the business. Soon after the program’s release, CoSA was snapped up by Aldus, which then merged with Adobe
Systems. Over the next decade, the power of desktop machines exploded, and today supercomputer compositors are in decline.

For Sky Captain, After Effects helped Conran pull off cinematic thrift-store chic: a pieced-together look inspired by Technicolor serials of the 1930s and ’40s, film noir, comic books and vintage sci-fi. Early on, Sky Captain (Jude Law) flies down a Manhattan skyscraper canyon dodging ‘bots gone bad. The close-ups were shot on a giant bluescreen-backed soundstage, with Law in a model of a P-40 fighter. The robots were computer-animated, the street-level details 3-D digital models, and the background a
2-D collage of modern and archival photography. The entire movie was produced this way–no locations, no sets, minimal props.

After Effects assembles and also manipulates: stretching, shrinking, and cloning elements; causing objects to glow, disappear, or morph; and simulating explosions and lightning. It is an artistic tool as much as it is a mechanical one. Using the program, says Sky Captain compositing supervisor Stephen Lawes, “was akin to oil painting.”