A dirty bomb produces no nuclear chain reaction, no mushroom cloud. Yet its aftereffects could be devastating 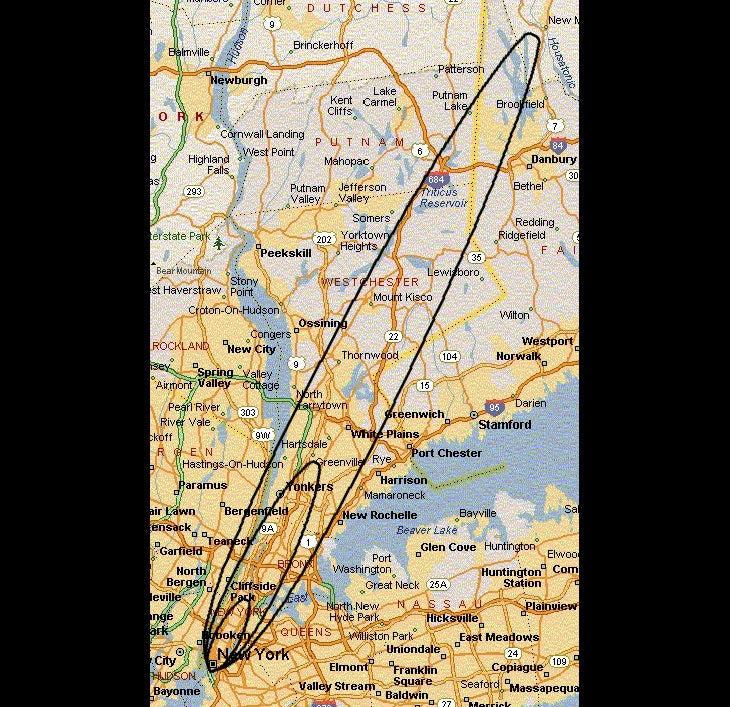 Radiation scattered by the explosion of a dirty bomb in Lower Manhattan could cause one cancer death per 100 people in an area half the size of Manhattan [inner ring], one per 1,000 over a bigger area [middle ring], and one per 10,000 within the 386-square-mile area where decontamination would be advised under current Environmental Protection Agency standards [outer ring].

Although experts debate the ease of building a crude nuclear bomb, no one disputes that it is far easier to build a simpler weapon known as a dirty bomb–a conventional bomb that scatters radioactive material. A dirty bomb produces no nuclear chain reaction, no mushroom cloud. Yet its aftereffects could be devastating. In a 2002 computer simulation run by the Federation of American Scientists, a single foot-long piece of radioactive cobalt of the type commonly used in food-irradiation plants was blown up with TNT in lower Manhattan. The simulation found that a 300-square-block area would become as contaminated as the permanently closed zone around the Chernobyl nuclear plant, and that cancer caused by residual radiation could be expected to kill one in 10 residents over the next 40 years. Under current U.S. safety standards, the entire island would have to be evacuated.

Unlike a nuclear bomb, a dirty bomb can be made from radioactive materials such as cesium, strontium and iridium, commonly found in hospitals and construction sites. Experts fret about security at such sites, but the Nuclear Regulatory Commission says that because these materials decay quickly and only negligible amounts have been lost or stolen in the U.S., it’s doubtful that terrorists could have accumulated enough to make even a single dirty bomb.

Dangerous amounts of material have gone missing elsewhere, however, and the U.S. is working with the International Atomic Energy Agency to inventory existing sources and, when possible, remove
or lock them up. It’s a monumental task, but the possibility of
Manhattan becoming another Chernobyl makes it essential.