In March 1931 PopSci reported that engineer Raoul Pescara’s latest helicopter had flown. It was “one of the strangest of flying machines,” we wrote–a veritable monster, sporting 16 gargantuan counterrotating blades. At the time, Igor Sikorsky was still a decade away from perfecting what would become the standard helicopter design, and dozens of people were vying to solve the problem of vertical flight. As early as 1842, W.H. Phillips sent an unmanned helicopter careening over a field; in 1907 Paul Cornu’s tethered machine carried a pilot; and by 1923, Juan de la Cierva’s autogiros boasted modern rotors. After “a series of heart-breaking failures,” Pescara made a few seconds-long test flights, but ultimately his design was eclipsed by Sikorsky’s simpler and more stable one. Pescara’s main contribution was perfecting pitch control: steering by adjusting the angle of the rotor blades.

OTHER NEWS FROM THE MARCH 1931 ISSUE

Naturalist-as-Cactus Snaps Desert Animals
“No Sherlock Holmes of fiction ever disguised himself with more versatility” than wildlife photographer Arthur N. Pack, we wrote. Clad as a succulent, Pack enticed shy desert animals to let him approach and take pictures.

Ugly Green Mold is Food and Medicine
Three years after the discovery of penicillin but before the antibiotics revolution took hold, PopSci chronicled mold’s other uses. Injections of mold-based calcium gluconate, a nutritional supplement, reportedly helped King George V of England recover from an illness. 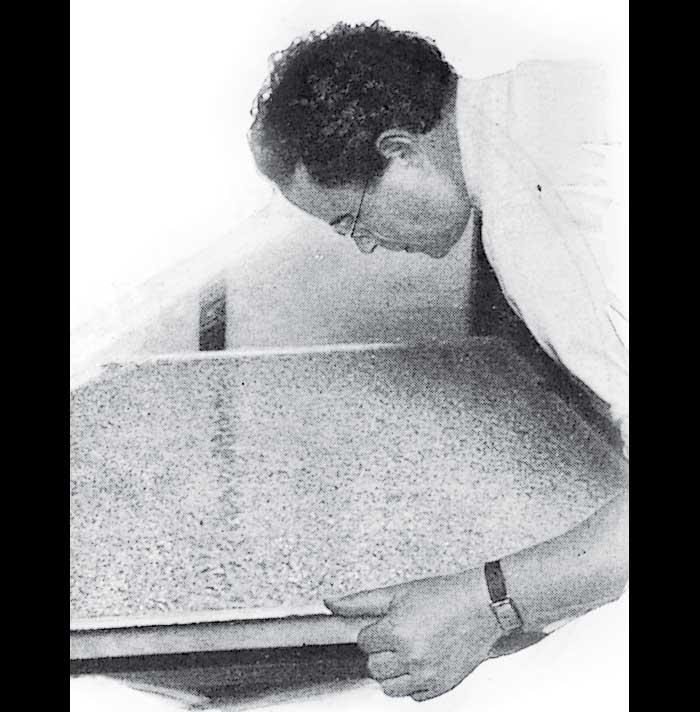 A U.S. Dept. of Agriculture chemist peers at a mold culture. 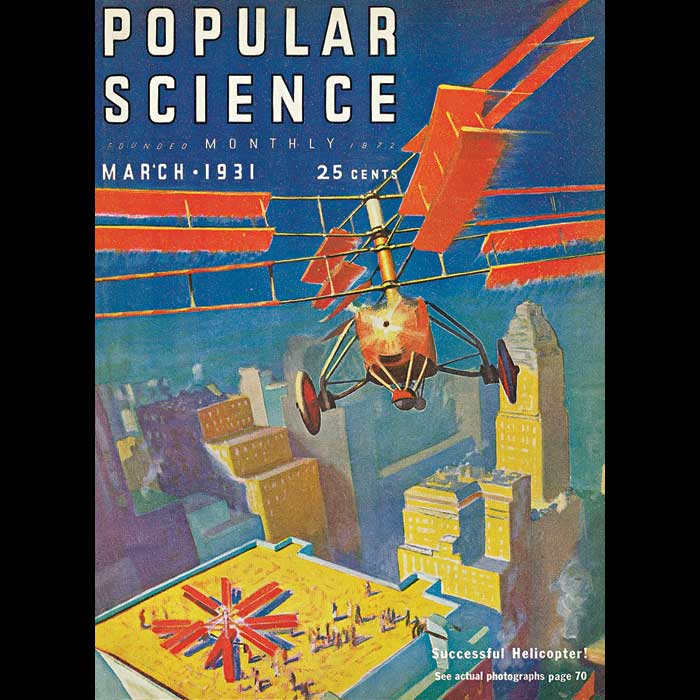