How to Clone the Perfect Blonde

Exotic science explained for the everyman 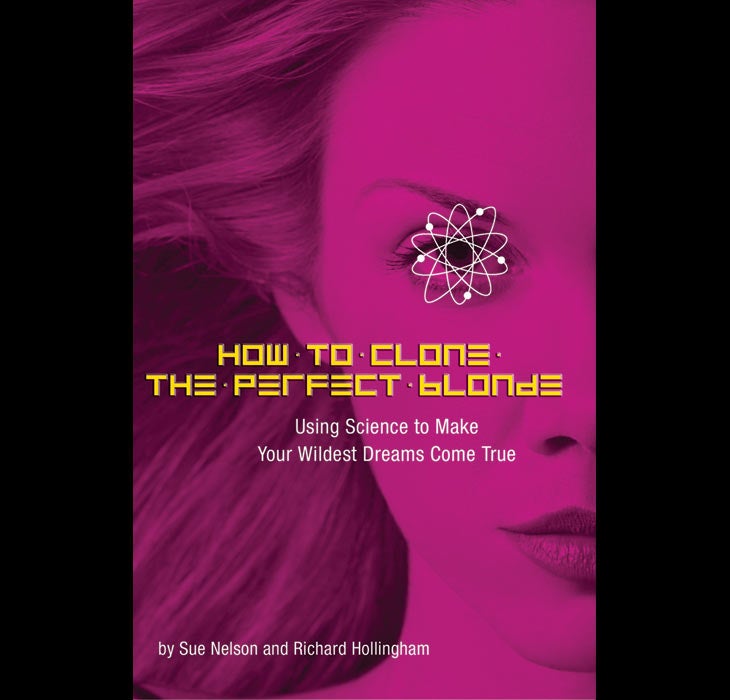 Plastic dolls of the world, take heart: Help is here in the form of a 262-page general science and technology book called How to Clone the Perfect Blonde (Quirk, $17). Penned by award-winning BBC journalists Sue Nelson and Richard Hollingham, How to Clone is not, as the title suggests, a DIY handbook of illicit science projects. Instead it’s a layman’s guide to modern science, a breezy and painless foray into the universe of cloning,
robotics, teleportation and all the rest of the good stuff, packaged into eight how-to chapters. The authors set out with a modest objective: to create a sugar-coated gateway to abstruse scientific concepts. Mission accomplished. The book is stuffed with entertaining and curious factoids. Did you know, for instance, that slime molds can navigate their way through a maze, or that eight bits make a byte and four bits a nibble, or that artificial-intelligence visionary Alan Turing, who was gay, was forced by British law to take estrogen injections? Well, I didn’t.

Particularly edifying is the chapter on how to shorten your commute. If you’ve ever wanted to understand the physics of quantum teleportation without injuring your brain, start here.
Yes, there is a great deal more to disembodied travel than Star Trek episodes would have us believe. Scientists have barely teleported an atom, let alone a wage slave.

As you might guess, How to Clone is not for everyone. Seasoned science wonks are liable to be bored and irritated by the occasionally dumbed-down tutorials. The chapter on clones begins with this lesson on sexual reproduction: “For the whole process to begin, a male sperm must be introduced to a female egg.”

The good news is that you’ll never feel lost or stupid, the risk you run when you crack the spine on heady tomes with ambitious titles like The Theory of Everything. And although the trivial bits may not help you clone a blonde bombshell or, for that matter, get into MIT, you should come away with a rudimentary understanding and appreciation of the major scientific undertakings
of the past century. Not bad for a Barbified book.