Your August obituary of astronomer Thomas Gold implied that his oil-abundance theory is off-base, but hasn't recent research proved otherwise? 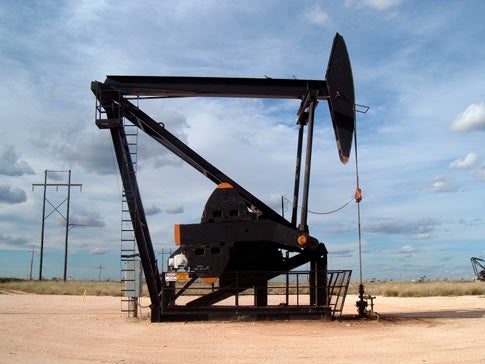 A well that won’t run dry Thomas Gold proposed that vast stores of petroleum exist deep within our planet. Even if they are there, accessing them would be tough–perhaps impossible.

In a sadly ironic twist, one of the controversial astronomer’s theories did receive a boost shortly after his death. Gold contended that there are extensive stores of oil far below the Earth’s surface, vestiges from our planet’s formation. Conventional wisdom holds that this is impossible. The intense heat and pressure in the mantle would have eventually converted any oil to molten rock, not to mention that petroleum forms when
living things decompose, and thus would not have been created during the early days of the planet, when life was absent.

So when physicist Henry Scott of Indiana University South Bend and his colleagues completed an experiment this past June showing that huge amounts of methane–the main component of natural gas–could be formed from inorganic matter within the Earth, Scott figured that Gold might want to know. Before learning of the astronomer’s death, Scott was even planning to recommend that he review the work.

Now, to answer your question, Scott’s analysis doesn’t prove that Gold was right, but it does keep his theory alive. “We did not solve the debate,” Scott says. “But Gold’s basic idea is actually quite reasonable.”

Scott, who had read Gold’s 1998 book The Deep Hot Biosphere, which summarizes his oil theory, simulated the conditions within the mantle using a diamond anvil apparatus. He took two diamonds with flattened tips; heated them up; stuck some iron (II) oxide, calcite and water between them; and pushed the diamonds together. The setup generated temperatures up to 1,500