Hail fighters and their strange devices 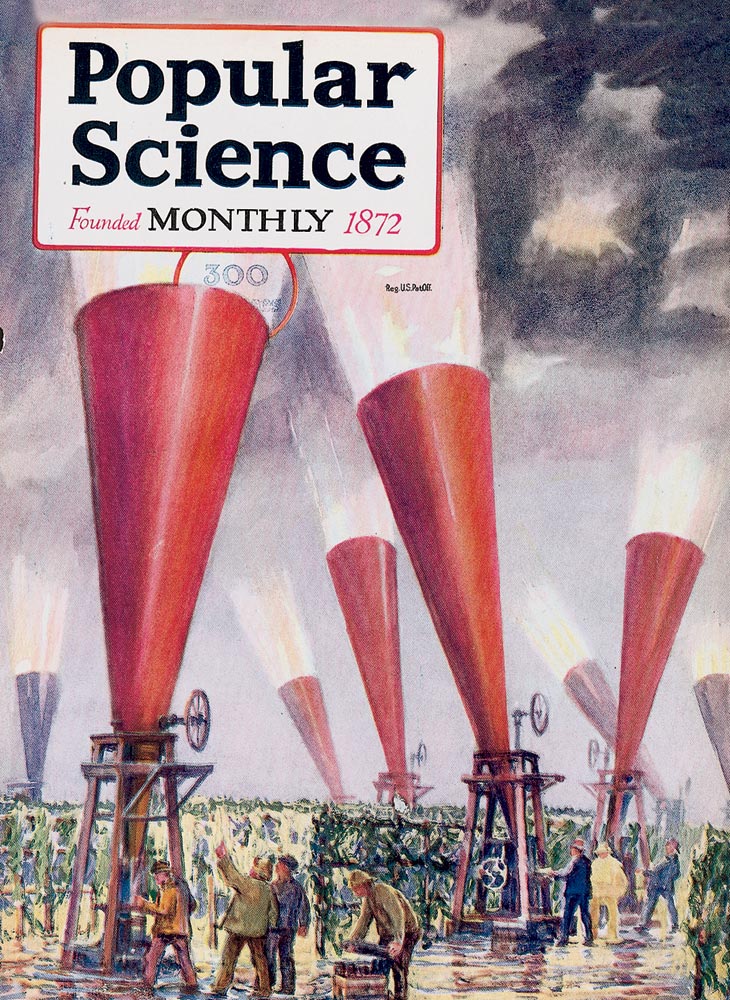 By 1919, hail cannons had been discredited–but people intent on changing the weather refuse to give them up.

In the 1890s, grape growers in Europe erected thousands of so-called hail cannons near their vineyards. The mouths of the guns were fitted with sheet-iron funnels; farmers loaded them with gunpowder (but no projectiles) and fired into an approaching storm. Theory held that excess cloud moisture condensed around the smoke particles, forming rain instead of crop-damaging hail. But after devastating hailstorms in 1902 and 1903, most hail cannons were dismantled, and scientists pronounced them worthless. Some ideas, though, refuse to die. Today hail-averse folks hurl sound waves at storms with acetylene-fired cannons, hoping the noise will prevent hail. Says Roelof Bruintjes of the National Center for Atmospheric Research: “There is no scientific basis to it.”

Cutting Down air Resistance
In 1917, Glenn Curtiss built the largest wind tunnel in the United States–7 feet in diameter–in Garden City, Long Island (above).
A 400-horsepower motor drove a propeller, which generated wind speeds of 100 mph.

Decrease Your Waistline–Increase Your Lifeline
Encased in a hybrid Exercycle-sweatbox, head alone protruding, the user burned calories while enjoying the benefits of a “Turkish, Roman and electro-therapeutic bath.”

Still Another Mousetrap to Add to Your Collection
A Mississippi inventor crafted yet another better mousetrap: When an unwary rodent strayed too far along a wooden plank, the board flipped, dumping the creature into a bucket of water.