Need Another Reason to Lose Sleep? 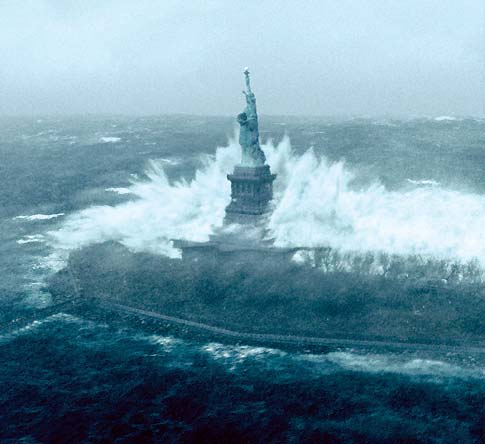 For years, scientist Bill McGuire of University College London has been warning the world about Cumbre Vieja, a volcano on the island of La Palma off the African coast. If it erupts, he says, it could force a Manhattan-size rock to splash down into the Atlantic Ocean, kicking up 300-story-high waves that would travel out from the island at jet speeds. Within nine hours, 85-foot-high swells would slam Florida’s Cape Canaveral. Now scientists at the University of Hawaii say that this wild scenario has historical precedence: A similar event unfolded 120,000 years ago in the Pacific. The researchers found that 120 cubic miles of rock broke off the Mauna Loa volcano, sending an 820-foot tsunami racing across the ocean.

UC Santa Cruz geophysicist Steven Ward, whose computer simulations can project the path of giant waves, hopes that the new evidence will result in more vigilant monitoring of Cumbre Vieja. GPS receivers could be placed around the volcano and used to transmit data on landmass movements. “It wouldn’t take a huge investment to keep better watch on the island,” Ward says. And advance warning would give coastal citizens time to evacuate and wait out the waves.