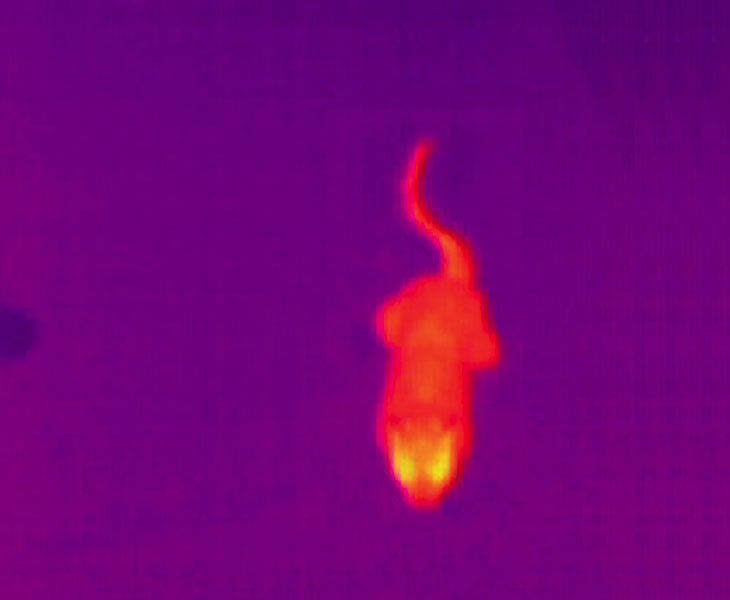 A ground squirrel gets hot-blooded–from head to tail–in this infrared camera shot.

Pit a California ground squirrel against an ambushing rattlesnake, and you may be surprised by the defense. The rodent squares off, flails its tail, kicks up sand, even bites. But its most covert weapon has escaped the eyes of scientists–until now. Researchers at the University of California, Davis, have discovered that the squirrel’s tail actually heats up during battle, radiating an infrared signal that can send rattlers slithering. “This is the first instance of an animal deliberately producing an IR signal–and one that seems to be selected for a communicative function,”says UC Davis animal behaviorist Aaron Rundus. All warm bodies emit IR radiation, which animals sense as heat. But the ground squirrel’s tail normally stays the same temperature as its body, even when flailed at other predators, such as gopher snakes. The hot IR signal is brandished exclusively for rattlers–smart, since the rattler hunts its prey with highly sensitive IR-sensing thermoreceptors. Next, Rundus will use his custom built “Robo Squirrel” with a remote-control IR-emitting tail to test how rattlers react to cool-tailed squirrels.